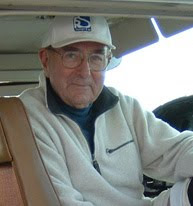 In the 50s and early 60s everyone in Chicago knew the name of Dan Sorkin. He was an important figure on the radio dial; the morning man at WCFL. He's retired now, and living in California.


Rick: A few years ago I interviewed former WLS great Fred Winston and asked him to put together his all-time dream lineup, and he chose you as his morning man. His description: "Way ahead of his time. Very funny--a true personality." How would you describe your old WCFL show to those that never got a chance to hear it?

Rick: People still talk about that old WCFL lineup today, fifty years later. You led off the "all-day personality parade." Putting together that much talent and ego and creativity could have led to some combustible moments. Did it? 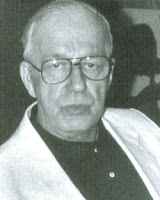 Dan: No! My best friend in that line up was JAZZ great Mike Rapchak. We shared an office together.

Rick: One of my former colleagues had a copy of your 1960 book "The Blabbermouths" (co-written by Joe Price, who sadly passed away last year, with a foreword by Shelly Berman). That book was hysterical. I particularly enjoyed your description of the 9 types of disc jockeys. What do remember about that experience? 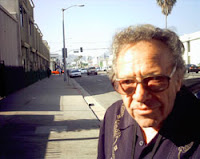 Dan: Joe Price sat in the WCFL studio behind me in a comfortable chair taking notes. In 6 months it was a book.

(Photo: Joe X. Price. Price later wrote another book; a biography of Redd Foxx, and he worked for years as a music writer for the Daily Variety. He was good friends with Dean Martin).

Rick: The late 50s and early 60s was an exciting time in Chicago history. The swinging Playboy Mansion and Club were brand new, but some of that glamorous old Chicago, like the Chez Paree and the Pump Room were still places to see and be seen. You were a young man, well-known around town. You must have some stories from those days. Have any that you'd share with us?

Dan: I went to the Chez Paree once with a date. She wanted a toy bear the lady with mesh stockings was selling. It cost almost all the money I had.

For dinner I had water, she had steak and drinks. I never saw her again.

I conducted Interviews in the Ambassador East Hotel Pump Room. The most memorable was with the Adler Planetarium Director as we dissected the "Big Bang Theory" and Quantum Physics.

Rick: One of your claims to fame was discovering a mild mannered comic/accountant named Bob Newhart. I saw an interview of Newhart a few years ago and he gave you credit for giving him his big break. How did you and Bob initially cross paths?

Dan: Playhouse 90 writer Jim Gallagher and I were friends. Jim and Bob had put together and were selling to radio stations a 5 minute taped comedy "man on the street show" for $5 a show. It cost them $7 a show to produce. The more successful the sale, the more money they lost. I loved the comedy routines and asked Jim to Bring Bob to the WCFL studios for a live interview.

Bob performed several of his routines on air. 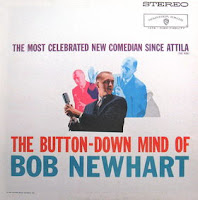 When Warner Bros. President Jim Conkling came to Chicago I performed Bob's routines for him and suggested a contract. Jim Conkling contracted and had Bob booked into the Tides Hotel in Dallas and recorded live, "The Button Down Mind Of Bob Newhart".

(VIDEO: Bob Newhart interview. Forward to 21:20 of the interview and he tells the whole story of Dan's influence, and the terror of doing that show live--because he hadn't really performed stand up before)

Rick: Bob later asked you to be a part of his first television show. How was that experience?

Dan: Wonderful. Every Friday after finishing my WCFL Morning Show I would cab to the roof of the Merchandise Mart where a helicopter took me to O'Hare Field in time to Catch a Continental Non-Stop to Burbank where I had a Honda Motorcycle stashed at the air freight office. I strapped my bag to the Honda and drove to the NBC Burbank sound stage where I arrived in time to announce the Bob Newhart TV Show. It was a wonderful year!

Rick: Your life took an unexpected turn, almost literally, in 1964. You were working as a disc jockey in San Francisco at the legendary KSFO when you suffered a terrible motorcycle accident. How did that change your life?

Dan: It improved it considerably. Because of a broken back and left leg amputation my outlook on life and the value and perspective of day to day living took on new meaning. The motorcycle accident grew me up. It gave me a wider understanding of how others cope with life. It sharpened my sense of humor & purpose. It caused me to found a whimsical global amputee support network called Stumps 'R Us (www.stumps.org). Stumps 'R Us is now in 15 countries & 22 states. I also decided to earn an Instrument Flight Instructor's Certificate at age 75 (7 years ago). I teach 2 to 3 days a week at Buchanan Field in Concord, CA using a Peg Leg to fly. My students think it is cool!

Everybody in Stumps 'R Us is either an amputee or the spouse or significant other of one. We meet once every two months to Fly, Ski, roller blade, tour museums, take San Francisco Bay Cruises on an 1891 Scow Schooner named ALMA or simply have lunch or barbecue. The venues are always different but the theme is the same. We socialize & share experience POSITIVELY. We usually have a speaker on anything from Medical Hypnosis to the latest state of the art of Prosthetic design.

(VIDEO: Dan Sorkin being interviewed about his great work with Stumps R Us.)

Rick: I know you're retired and living in California, but you keep busy, don't you?

Dan: Yes. In addition to running Stumps 'R Us, I teach Instrument Flying, teach Computer Science to Rossmoor Residents (where my wife Jody & I live) in Walnut Creek, Ca and play a lot with a Rag Doll cat named Ella, (for Ella Fitzgerald) our cat sings a lot. That & enjoying life with the most wonderful girl in the world (my wife of 30 years Jody) keeps me busy & engaged.
Posted by Rick Kaempfer at 8:14 AM