Rick: First of all, welcome back to Chicago. You’re certainly no stranger to this town. What did you miss most about it when you were gone?

Gary: (Laughs) Has to be the deep dish pizza! I grew up in Lafayette Indiana and listened to Chicago radio growing up, and came up here to visit once in high school. I had my first deep dish pizza then, and I was hooked. It’s amazing that I’m still relatively thin because I love it that much.

Rick: It must be nice to come right into a situation there at K-Hits with people you already know, people that you’re comfortable with; PD Todd Cavanaugh, Eddie & Jobo, etc... 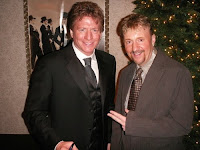 Gary: You’re so right about that. Todd and I were good friends. We lived in the same apartment building and everything. I talked to Eddie and Jobo (photo) about this when I first got into town. When you start up at a new radio station, you have a tendency to feel a little insecure—stations can be a little cliquey. You usually go around and meet everyone, shake their hands and say hello, but in this case I went around and hugged everyone. I knew Todd, and Eddie, and JoBo, and George. I didn’t know Bo—I believe I took over for him when I came back to B-96 in 1990, but he’s a great guy too.

Gary: You’re showing my age, thanks a lot. (laughs) Yes, I was one of the original jocks of the Hot Hits format, and there are quite a few similarities. If I’m not mistaken, that was also in the springtime. Same time of year, brand new station, and even the on-air approach is similar. This station is getting back into personality with energized air talent. That was also the case back in 1982. Mike Joseph was the consultant that owned that Hot Hits name back then, and that was his approach. Lots of jingles, sweepers, and high energy.

Rick: I’ve been listening to K-hits the past few days, and it’s an interesting blend of music. It’s more contemporary than the old WJMK (Full disclosure: I worked there for ten years), but it’s not quite the mix that you played early on at B-96. It’s sort of in between. To me it’s like listening to the format on WLS-AM in the late 70s, early 80s. Would you agree with that assessment?

Gary: It does have a retro feel to it. The music and the on air feel. That’s my take on it—I’m not speaking for management. I listened to that station growing up, and I absolutely loved those guys on WLS at the time; Bob Sirott, Larry Lujack, Tommy Edwards, and especially John Records Landecker. Loved John Records Landecker (Photo). He had the ability to communicate, entertain, and inform in short energetic bursts like nobody else.

Rick: How would you describe your on-air approach in this format?

Gary: I’ve always looked as personality as the icing on the cake. This is my first time being judged in the PPM world, but I always felt that my style was they very well suited to what the PPM tells us people want—short bursts of personality. People’s attention spans are like 10 seconds. If you can get the point across in that amount of time, you’re really accomplishing something. That’s my approach. Every break has to have something interesting, informative, or entertaining.

Rick: But get right to the point.

Gary: Exactly. I’ve had discussions with other jocks about it that don’t like it, that aren’t adjusting well to it, but I honestly believe it’s totally doable. You just need to think about what you’re going to do before you get on the air. You need to edit, to squeeze 40 seconds into 20 seconds. It takes work, but I’m here to tell you it can be done.

Rick: I was listening to you the other day, and you did a quick bit about the government shutdown over a fifteen second Bee Gees intro. I thought "Wow, actual content over a record intro."

Rick: It’s been more than 15 years since you were last on the air in Chicago. In the meantime, you’ve mainly been out in LA—most famously working for Kiss-FM there. I understand that you also really got the acting bug while you were out there.

Gary: I did, but not while I was doing radio. When I was still working in radio I was totally focused on that. I’m not one of those guys that get involved in a million different things at once. But I was part of the budget crunch at Clear Channel in ’07, and after that, I did begin to focus more on acting and voice-overs. I did lots of commercials—and a few of them are still on the air. I just got an e-mail from Bobby Skafish the other day because he thought he saw me in a Party City commercial. Yup, that was me. I also did some ads for Panda Security. I was in one Hallmark movie “Mrs. Washington Goes to Smith.” I did some Grey’s Anatomy. In the background, but definitely on camera.

Still, it was all small stuff. It takes so long to break into that business. It’s really a struggle. I must admit I had a hard time adjusting to it. I was used to getting a paycheck every two weeks, and now I was waiting for the phone to ring—just for an audition. And then the economy fell apart, and one of the first things to go in a recession is advertising. Commercials were cut back, and some agencies started going non-union, and the other ones were hiring big name stars. I’d go to auditions, and see these big names there. They had to do it too. It became a struggle for them too.

Rick: When you were at Kiss-FM you followed Rick Dees every morning.

Gary: Yes, and Rick Dees (photo) is an amazing guy. One of the nicer guys I’ve met in the business. He was a huge success there from 1982 until 2005 or 2006 or 2007, I forget the exact year the change took place. He wasn’t just a radio guy, obviously. He was also on television with Solid Gold. He had a line of cigars and golf clubs. He’s very diversified, and has done very well for himself, but at heart he is a radio guy, and a trailblazer at that. I remember hearing his early stuff and it was really impressive, amazing stuff. He still does great radio. I was lucky enough to co-host his countdown show with him a few times, and he has this beautiful studio out there. I believe he just signed a deal with Cumulus.

Rick: Did your tour of duty at Kiss cross over at all with Ryan Seacrest?

Gary: Yes it did. He was there the last couple of years I was there.

Gary: Well, I’m not sure exactly how to describe him. Ryan’s Ryan. At that time he already wasn’t doing the show from where the rest of us did. He was located in the E! building. But I’ve known him for a long time. When I first got to LA, I worked at a place called Star 98.7. He was doing nights at the time, and was a nice enough guy back then. I don’t know what he is like now, but I do know this; he sure is rich. (laughs) Guys like Ryan do a service for radio because they bring recognition to the medium, so that’s a good thing. Unfortunately, the other side of the coin is that they also take away jobs from other people after they’re syndicated nationwide.

Rick: You had two tours of duty at B-96, one in the 80s and one in the 90s. Do you have any favorite memories from both of those eras? 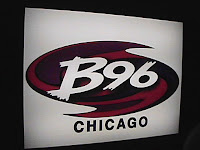 Gary: I worked for some really impressive guys. Buddy Scott. He’s a brilliant programmer. And then I worked for another brilliant guy the second time I came here, Dave Shakes. I was lucky to work for people like that. Professional, smart, in it to win it. Todd Cavanaugh is the same way. He’s always been very hungry, and I love that about him. I think it’s going to be a good run.

Rick: I read that you had just bought a house in Florida and were planning on retiring down there when you got the call to come to K-Hits. Is that true?

Rick: But aren’t you too young to retire?

Gary: Yes, yes, let's go with that. Yes I am. (laughs) It was weird how all this came down. I was in LA and getting tired of the acting thing, and I found this great house in Florida CHEAP, so I bought it and relocated there. This was only in December. But living in this area of Florida was like being in a tropical Chicago because it’s filled with Chicagoans. They even had Chicago bars. When the Bears were playing, you could see all their games.

Only a month later, the phone rings, and it was Todd Cavanaugh, calling from Chicago. I had just moved across the country, but this offer was Chicago, and I wasn’t going to say no to that. So that house in Florida is going to have to wait. I’m living in downtown Chicago now and loving it. I’m looking out the window right now. I live just north of Millennium Park, and this view is just incredible. The Chicago skyline is the most beautiful in the country.
Posted by Rick Kaempfer at 10:55 AM