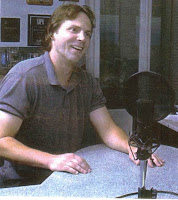 John Swanson has been the executive producer of the Eric and Kathy show on WTMX since their first day on the air together, eleven years ago. He is the co-author of "The Radio Producer's Handbook."


Rick: It must be weird to produce a show that goes up against a show you used to help produce (Brandmeier). What is that like?

Swany: I actually love it. It inspires me to work harder because I know how hard Brandmeier works and how good he is. I will never underestimate him. I consider it the ultimate challenge. Johnny has taught me alot about this crazy biz and I'm grateful for that.

Swany: If you could combine the way Brandmeier puts his show together, with Kevin's character voices, Steve Cochran's knowledge of the what's happening--and his prep, with Eric and Kathy's incredible chemistry and interviewing skills, you'd have the perfect show.

Rick: 11 years on one show is an awfully long time. What do you do to keep the show fresh? 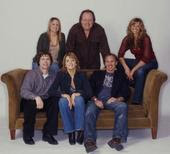 Swany: It's a combination of everyone submitting ideas, really. In one way, technology has helped because everything is at your fingertips immediately. On the other hand, the listeners also have access to everything at their fingertips immediately. That forces us to work harder and longer to find new and intertesting things to talk about. If you don't do that--stay fresh and on top of things--you'll sound old and dated instantly. That constant pressure is great motivation.


Rick: What are some of your fondest memories from each of the shows you produced?

Swany: When I worked for Johnny, I once swam in the Chicago River to win a bet with him. While the Michigan Avenue Bridge was under construction, there was a story in the Sun-Times about a guy who sat in a boat all day to retrieve anything that fell into the river. The only way to get him on the air was to swim out to him. Johnny bet me I couldn't get to him. I didn't quite get there, but it was great radio, even though I almost drowned. About a week or two later, a cab crashed onto the sidewalk and knocked somebody into the river. That same guy in the boat had to retrieve him--so Johnny sent me back out there again. The cab was up on the sidewalk against the rail. Johnny told me he would give me $5000 if I got in the cab and drove it off the bridge. I did get in the cab, which could be heard clearly on the air, but I didn't drive it off. I'm crazy, but I'm not stupid. People still talk to me about that bit, though.

Working for Cochran was totally different. Steve wouldn't care who I booked. He always made it entertaining. He would conduct a great interview whether it was musican Brian Setzer, Astronaut Alan Shepard, Hall of Fame pitcher Nolan Ryan, PMRC co-founder Tipper Gore or Richard Simmons. We had alot of fun even though we didn't have great ratings.

As for Kevin, I always enjoyed giving him ideas that he could use with his various character voices. Especially if it involved two different character voices. Watching him go from Kevin to Jim Shorts to Devon back to Kevin was truly amazing. I don't know how he could be so schizo. What a minute, maybe I do.

And with Eric & Kathy, there have been so many it's hard to say. I love all of our shows in front of live audiences. We've had some incredible ones. I totally dig meeting the people that listen to the show. That's the best. Probably the most memorable moment for me, though, was the time we appeared on the Today Show. They were doing a segment about "work spouses"--people who are together so much at work that they actually spend more time together than they do with their spouses. It was great exposure--Matt Lauer interviewed Eric and Kathy live on the air. Overall though, I have to say that building a morning show from the ground up, bringing it to the top, and keeping it there has been the greatest highlight of my career. Now, I just hope I can keep doing it so Eric & Kathy can make enough money in this business to retire.

Rick: Has becoming an author changed anything?

Swany: I'm really glad we did it, because the whole idea was to pass the torch to a younger generation. I think we are slowly accomplishing that. It's also sort of established me as an expert on the subject, and I get a lot of calls and e-mails to speak at schools or talk to other producers. It was a great learning experience too, but it hasn't really changed the way I produce the show. I'm still the same producer I always was--I'm just looked at a little differently by others.

Eric and Kathy were in the news again this week.

When The Radio Producer's Handbook came out a few years ago, Swany & I were both interviewed by Channel 7's Andy Shaw.

Bill Zwecker also interviewed us in the Chicago Sun Times.
Posted by Rick Kaempfer at 12:03 AM