Freak is currently the program director at WRXQ 100.7FM in Joliet, but has been a part of the Chicago radio landscape for fifteen years, including nine years as a sidekick to Mancow Muller.

Here's a sketchy rundown...
*My first "big-league" station was WTMX - The Mix (101.9FM) back in the early 90's, I was doing weekend work as well as helping out the morning show under my real world nickname Cap.
*While working at WTMX, I weasled my way into 103.5 - The Blaze (WWBZ) via Jimmy Novak. There I did more weekend stuff as well as fill-in's under the name Tommy Hunter (Hunter S. Thompson backwards).
*"Major" Tom Johnson got me hooked up with Metro Traffic so I could fill in for him in the chopper during the Holidays and I was soon doing traffic reports for WGN (720-AM) as Scott Billy with Steve & Johnny as well as WMAQ (670-AM) as Tom Hunter.
*This lasted a few years during which the Blaze got sold and became Rock 103.5. I was working every shift I could as the jocks abandoned ship doing everything from production to showing Lou Brutus how to use the studio when he came to town. (Took like 10 minutes)
*Mancow started in July and by November had fired his traffic person so I volunteered to cover until they found a replacement. That ran until Cow went to Q-101. The whole staff went with but since I worked for WRCX and not Cow, they hung on to me and I worked there until Eddie Webb pushed the button killing the station. Since WRCX was now WKSC, my contract was voided and I rejoined Mancow's Morning Madhouse over at Q-101.
*I stayed there until the Zone (94.7-FM) popped up and immediately reached out to them for a gig. It took like six months but we finally came to an agreement (I am my own agent) and off I went. Then one day as I rode the Rock Island Metra train into downtown my phone rang, a lady said "please hold for Mr. (Jim) Pastor" and since guys like him don't usually call guys like me I knew it wasn't going to be good. "How's it going" he asked to which I replied "ask me again in 5 minutes". He said "well, it won't take that long actually, as of Noon today, the Zone will be known as Chicago's True Oldies 94-7... as a result, your services are no longer needed". He said other stuff after that but I really wasn't listening.
*I retired after that but it only lasted 3 months. WRXQ called and hired me for the 7p-mid shift which became afternoon drive a few weeks later and Program Director within 6 months from me walking thru the doors. I think that's it.


Rick: You grew up in the Chicago area. Who were some of your radio heroes and why?


Rick: Looking over your radio history, I can see that you were one of those guys that lived by the motto "I'll do anything at any radio station" when you were starting out. At several points in your career your hours were completely crazy. Looking back, tell us your craziest schedule, and how you managed to survive.

Freak: I still have that attitude. I have a rather morbid rule that I live by... attack like cancer. I get a job somewhere and I slowly creep into every little corner and learn what every single button does until I know everything about it and can do anything in the building. It adds to your value as an employee. When the Blaze became Rock 103.5, I was the only person full or part time to make the transition and I believe it was because I was willing/able to keep the place running while they hired their airstaff. That was when my day was the most stressed. Rock 103.5 Noon-8pm, dinner, WMAQ-AM (traffic on the 1's) 10p-6a, go home, repeat. It was just plain fun.

Rick: You probably had one of the most interesting board operating stints of all time. Talk about the day that is now enshrined in the Museum of Broadcasting.

Freak: It was strange indeed. The whole station (WTMX) was going nuts all morning but nobody really knew why because it was still a secret. I was in the production studio listening to WJMK as Ron Britain quit on the air and played a Beatles song. He then left WJMK and headed out to Skokie where the WTMX studios were. He was in a limo on one of those bag-phones while me and another guy Johnny Molson ran the board. It was really cool to be a part of something so guerilla but it was nerve-racking as hell since all the big-shots were running around. I've listened to that tape in the museum and you hear me cheering and laughing but that's about it.

Rick: I'm sure you get asked this question all the time, and I think I know the answer, but for the record, tell us the definitive story of how you came to be called "Freak."

Freak: It's kind of boring actually... I showed up to the old Shadow studios in the Hancock skydeck the first day I was supposed to do the Mancow show. I was taken to a studio where "Psycho" Steve Grad was getting ready and settled in. Like 30 seconds before the show started the phone rang, Steve answered, looked at me, said "whatever", and hung up. He turned to me and said "your name is Freak" and that was that. Seeing as I was working with a Luv Cheeze, a Turd, a Prison Bitch, etc... I figured I got off light.

Rick: What do your friends and relatives call you?

Freak: My nickname growing up was Cap since I always have a hat or bandanna on my head. Most of my older friends and relatives call me that but since I've been Freak for some 13 years now, a lot of people call me that too.

Rick: You were with Mancow's Morning Madhouse for nine years. That's an awful long time on a show that churns through show members. How did you manage to last for so long, and did it take a toll on you?

Freak: It was 9-years, 1-week, 4-days of some really brutal living but I have no regrets. You have to learn to leave everything at your desk or it will devour your soul. I saw more than a few people leave the building in tears and you feel bad but it wasn't a place for the meek. You focus on the cool things that happened that day not the fact that you got bitched out for something completely out of your control. . . . think "I got yelled at today but before that Lenny Kravitz was sitting next to me playing guitar" See, all better.

Rick: What about fond memories from those years? Are there any moments that really stand out during your Mancow run?

Freak: The best part of the job for me was everything off the air. Going to all the concerts, parties, etc... I was never home. I would leave work around Noon, sleep until 5-6pm and then go out. Movie screenings, fashion shows, anything... I turned up in the strangest of places but always knew what was going on and had the latest gossip for the show. It worked out good because the lights would come on in the bar at 4am giving me an hour to get some grease in my stomach and get to work.

Rick: I'm sure you were told quite often what a mistake you were making to leave such a successful show to go to a fledgling rock station (The Zone). Talk about your decision to leave, and what it was like to work at the Zone.

Freak: I love rock & roll. Sounds corny I know but that's it. I left the Mix for the Blaze because I liked AC/DC better than Wilson Phillips so I'd made a similar jump for the same reason in the past. Once Rock 103.5 went down, there were no rock stations in Chicago but as soon as The Zone reared it's head, I reached out to James Van Osdol to get me a gig there. I took a 25% pay cut to leave Mancow's show but I was infinitely happier. 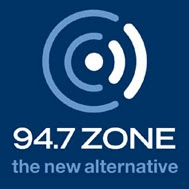 By the way, despite what you may have heard, I did leave... wasn't fired. That Thursday I finished the show as I always did with the traffic but I ended it saying "see you on the other side". Prison Bitch caught it but didn't pay attention to it. I walked over to the Renaissance Hotel where I met Bill Gamble in the restaurant and signed on the dotted line. Then I walked over to Shamrock's on Kinzie street where Turd and the rest of us used to go after work and broke the news to them first, had a beer and a few shots, then went up to Q-101 and turned in my keys. I had been working without a contract for 11 months so there was nothing they could do but watch me leave. I do regret not being able to tell Cow myself... he found out through the grapevine before I had the chance to get in touch with him. It's just not the way I do things. The next morning the Zone was broadcasting live from the House of Blues and I just wandered on stage and sat between Brook Hunter and Brian the Whipping Boy. Their faces were priceless.

Rick: You're still working in radio today. Talk about what you're up to now, and what your plans are for the future.

Freak: I finally got my own radio station to play with WRXQ 100.7FM. It's a classic rock station that tears things up in the Joliet area. I yanked out all the slow stuff and added a bunch of rockin songs and things are going good. I'll do this until they show me the door and then I'll probably retire. I plan on opening a Roadhouse out this way and that's where I'll hang all the crap I've collected over the years and live out my life. I'm also the track announcer at the "Dirty O" of Rt. 66 calling the demo derbys and the trailer races. Go ahead, you can snicker if you want to but it's good clean fun.
Posted by Rick Kaempfer at 12:05 AM