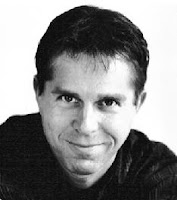 
Rick: You were a comedian before you became a radio guy. The first time I ever saw you was on-stage at Zanies in Mt Prospect. Remember that place? It was a former Red Lobster-turned comedy club. I want to say it was 1986 or 1987. (I was on a first date. I knew it wasn't going to work out when she said this to me just as we took our seats that night: "I really hate comedy." Who hates comedy?) I was impressed with your act that night. You seemed to connect to the audience very easily (even with my humorless date). I'm guessing you've got a good story or two from your stand up comedy days. Care to share?

Bill: Yep, I remember that night at Zanies in Mt. Prospect. Actually, it was because of your date NOT laughing that I decided I needed to retire from stand-up and go into radio. I did stand-up with Drew Carey, Jon Stewart, Jeff Garlin, Ray Romano ....who knows what became of any of them? I think Garlin has a delicatessen in Miami. One night at The Funny Firm here in Chicago, all the tables up front were filled with The Bears, who had just won The Super Bowl, and their families. For thirty minutes I kept getting heckled by a VERY drunk woman, who was Steve McMichael's mother, and every time I'd try to "answer" her heckles, every guy on the Bears would say...."Nah, I wouldn't......." So, for health reasons, I didn't.

Rick: How did you make that leap from comedy to radio?

Bill: Whenever Danny Bonaduce (photo) came to town to do stand-up, he'd have me open for him. Which was strange because when I was little I used to watch him on television, and tell my parents that some day we'd be friends. Strange, huh? Anyway, Danny got hired to work at The Loop. I had been doing stand-up for ten years and my wife and I wanted to have kids, and I didn't want to travel anymore, so I told Danny that if anything ever opened up, please keep me in mind. He instantly went to his bosses Larry Wert and Matt Bisbee, and they paired me up with Wendy Snyder. BRILLIANT MOVE!!! 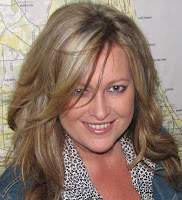 Rick: You developed a good on-air rapport with Wendy Snyder and worked with her at two different stations (WLUP & WKQX). You recently did a bunch of shows with her again at WLS, and that chemistry seemed to come right back. What do you think it is about your partnership with Wendy that seems to work so well?

Bill: The thing with Wendy (photo) is very simple. It's me making her laugh, and her making me laugh. We never met 'til our first show together, and it worked instantly. She's just really funny, and has the gift for being real on the air. I learned a lot from her.

Rick: Between the Wendy years and the time you signed on at WLS, you made a couple of other stops on the radio dial--doing high profile morning shows. In the early part of this decade you were teamed up with Melissa Forman for a little while at WLIT. Talk about that experience, and how you feel about it now with the benefit of hindsight.

Bill: So I really was at The Lite, huh? I thought I dreamed that. Well in hindsight, it was two years of playing Feliz Navidad. I shouldn't have been there, it was a total mismatch. They used to research everything to death. One time in a survey they asked their listeners if I was being TOO funny, and 61% said that yes, I was. So they came to me and asked if I could still be funny, but not AS funny. Sure. No problem.

Rick: I know quite a few people who were devoted fans of your show at Windy-FM, which you hosted a couple of years ago. I've always thought it must be a little frustrating to host a morning show for Bonneville in Chicago that isn't the Eric & Kathy show because so much time, effort, and money is used to promote them. Did you find that to be the case? 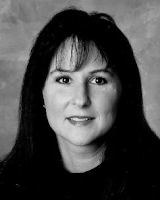 Bill: I can't even begin to tell you how proud I am of the work we did at WNND. I got paired with Jennifer Stephens (photo) and Todd Ganz, and if any of you are ever given your own shows, AND YOU WILL, those are the first two people you want to get. SO...., was it a LITTLE frustrating to have all the time, effort, and money thrown Eric and Kathy's way? Let me say very sarcastically......oh no, not at all.


Rick: Now you're a part of one of the highest rated shows on the radio dial, the Roe Conn show. When I interviewed Roe last year he called you: "the consummate comedic reactor--like a guy carrying a silencer." How would you describe Roe?

Bill: Roe is ..........amazing. If someone mentions Bolivia, he'll tell you who runs it, when they took over, what the gross national product is, what the longitude and latitude are, what year they changed their flag. I should note, he can ONLY do this with Bolivia. I used to listen to Roe all the time when I was at other stations and marveled at not only how much he knows, but how entertainingly he presents it. He does voices. He plays the xylophone. I just wish he'd give up the runway modeling and do radio full time.

Rick: There was a bit of controversy on the show recently when Christina was fired, and then a few months later hired back. How was the show different in her absence?

Bill: I think we all felt like we were punched in the stomach. Actually I think Jim Johnson WAS punched in the stomach. He takes a dangerous route in every day. Honestly Christina adds so much to the show and I can't tell you how many times I'd look to her for reaction, and it wouldn't be there, or there'd be a topic that was perfect for her, and again, she couldn't be in on it. We're all just really glad she's back.

Rick: How do you see your role on the Roe Conn show?

Bill: Well, when I started, most people were mad at me because I wasn't Garry Meier (photo). That is a tough chair to fill. Garry invented the sidekick role in Chicago radio, and I don't know if anyone can do it better. I wasn't brought in to be a partner, like Garry was, I'm more of a role player depending on the situation. Aside from getting my own lines in, I'd say my primary goal everyday is setting Roe up. Leading him, and maybe Jim and Christina, into areas they hadn't thought of. Also at the end of every show, I have to vacuum.

Rick: You've seemingly done it all in radio. Is there anything out there that you still would like to try?

Bill: YES. My dream show would be me, Dr. Milt Rosenbeg, and a monkey. People could call in and talk about whatever they wanted to. Milt would take the high-brow stuff, and the monkey and I would do entertainment stories and sports. Our publicity posters would look like a Darwin chart. I hope no one steals this idea.
Posted by Rick Kaempfer at 9:07 AM