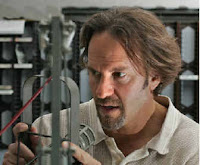 
Rick: Congrats on the new gig at WLS-FM. You'll be back on the air in Chicago in a few weeks, doing the morning show. What sort of a morning show do you plan on doing? 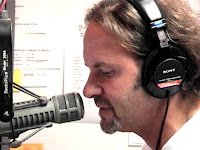 Dave: It'll be a music intensive morning show. I'm a disc jockey, just a regular guy playin' the records, (or downloads now)! I'm just gonna be myself, have fun and relate to the audience.

Rick: This isn't your first go-around on the radio dial in this town. A lot of Chicago radio fans remember you from your stint as the afternoon guy on the Mix. Many of your old pals still work there. Have you reached out to them since the news came out?

Dave: Brian Peck called me before I could call him! He and I are pretty good friends. Kathy's husband Bert and I have kept in touch, but that's about it so far. I haven't had a chance to call anyone with getting ready to move and all, I certainly will as soon as I'm in town. We were all very close.

Rick: You were here in Chicago for awhile (1997-2004). What are some of your favorite memories of your time here, and what are you most looking forward to upon your return?

Dave: My kids grew up in Chicago. We all have lived there longer than anywhere, it's our family hometown! Cubs games, boating on Lake Michigan, the food, it's all great. I'll be back in time for St. Patrick's Day, wahooo!

Rick: I know you sort of grew up in the business. Your dad was a rock jock before becoming an actor. I'm trying to picture how I would feel if my boys went into the business...probably a mixture of pride and fear. How did your dad react when you told him you were going into radio? 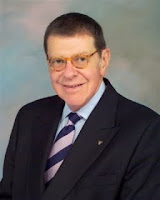 Dave: You're so right-on! He begged me NOT to go into the business. I have been really lucky in my career. I try to work hard and never take myself seriously. My Pop (Photo: Jerry Fogel) is very proud of me, and that's pretty cool. In fact, he's having open-heart surgery TWO DAYS before I come back, and he still encouraged me to take this job.

Rick: I see that you've had your share of brushes with greatness growing up. Talk about some of your high school (Valerie Bertinelli) and college classmates (Brad Pitt, Sheryl Crow) that we may know, and what you remember about them from those days.

Dave: We were all just kids. I had the famous father, I might have been the big-shot back then. (Times sure have changed!) Sheryl visited me once at WTMX and claimed to remember me, Val has called in a few times promoting stuff and I had to remind her who I am. Brad doesn't call, doesn't write... I'm still mad at him for leaving Jennifer Aniston anyway.

Rick: For the past few years you've been working in Kansas City, at a couple of different stations--but mostly versions of adult contemporary formats. Is this going to be your first foray into Oldies?

Dave: It's my first time to actually play "Oldies" on the radio, but I've been listening to the music all of my life! Some of the songs I played as currents, others my dad did! It's just playing the hits, I've done that my entire career.

Rick: WLS is teaming you up with Maura Myles. Do you know Maura from your years in Chicago? 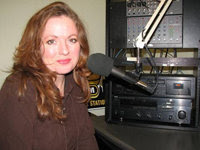 Dave: So glad you asked! Maura and I were together for about FIVE years when I was at MIX! I love her! We're being "reunited" to do mornings on WLS-FM. (Peaches & Herb reference intended to show off my knowledge of Oldies...)

Rick: You'll also be sharing the WLS airwaves with a Hall of Famer (Dick Biondi) and a Chicago Oldies institution (Greg Brown). I worked with both of those guys at WJMK, and I can't say enough about either one of them. Obviously, Dick Biondi in particular knows the historical significance of the call letters WLS--he was there when the format began in the early 1960s. I know you didn't grow up in Chicago, but I'm assuming you know all about the history of WLS. Does that have any special significance to you?

Dave: Oh believe me, I know the meaning of WLS. I'm honored, humbled and a little nervous to be working with those guys and those call letters. Even Hall of Famer Scott Shannon is gonna be airchecking me. But, I love being on the radio and playing great songs. All I can do is get in there and have a good time, respect the music, my coworkers and the listeners. I started in Chicago at WLUP, that place was pretty well respected once too!

Rick: Looking forward to your show, Dave. Best of luck.

Dave: Thank you very much. I hope my answers aren't too short. I'm brief so I can play more music...
Posted by Rick Kaempfer at 8:58 AM