Jim Johnson is the afternoon news anchor on WLS Radio's Roe Conn show. He has been with the radio station in one role or another since 1968.


Rick: If you don't mind, I'd like start at the very beginning of your WLS career. You started in 1968, which couldn't have been a more exciting news year in Chicago. What was it like reporting the news during that tumultuous era?

Jim: 1968 was a life changing year for me. Not only had I just started as a newswriter-editor at WLS...but some of the biggest stories of my career happened soon after I arrived. Martin Luther King was assassinated (followed by the west side riots in Chicago.) Bobby Kennedy was shot. The Democratic National Convention was held in Chicago and the anti-war protests and riots broke out.

Although I was a rookie reporter, the new news director at WLS, Bob Benson, decided I should become a street reporter and cover these events. Little did I know that these stories in my first year were some of the biggest stories ever. I was only 23. In addition to filing reports for WLS, the ABC network began using my reports on a regular basis. I was used as a fill in network anchor on ABC network newscasts. I covered the clash between anti war protesters and the police at the corner of Balbo and Michigan. It was pretty "heady" stuff for someone my age.

Rick: WLS was a music station then with a news room much bigger than the newsroom you have now in this news/talk format. Describe the size and scope of that newsroom and how the labor was divided amongst you.

I was a newswriter and editor who doubled as an on air reporter (belonging to two unions for awhile). I later became a full-time on air reporter and anchor covering city hall and breaking news and also filling in for various news anchors on vacation. I was also the “assignment editor" for awhile. I did not like being a so-called boss and eventually got rid of that chore.

In the late 1970s I also worked as a weekend on air reporter for WLS TV. The late Sixties and Seventies were like a scene from the TV show Mad Men....three martini lunches with the sales department and the older city hall reporters were quite common. And the Women's Lib movement had barely begun back then. There were more than a couple scandals involving on air people and young women who worked as assistants and secretaries. (My lips are sealed)

Rick: Throughout the 1970s, you worked with some of the biggest stars in Chicago radio history. Who were some of your favorites during that time?

Rick: You were a big part of the Steve & Garry show in the 80s, and that was probably one of the most stressful and dramatic times of your time at WLS. The struggle between management and talent was very real. You were probably caught in the middle of it. What was it like from your perspective at that time?

Jim: These were wild times. I was a big listener and fan of Steve and Garry and was happy to fill in for Maggie Brock (their news-person at the time) when she was on vacation, or filling in for Catherine Johns on the am side. At first Steve was not thrilled with my being thrust into their show, but as time when on we got along fine and I eventually became their full time news guy. It was a blast!

I was at ring side for some of the most interesting clashes between on air talent and management in history. Steve and Garry were eventually forced to move to the AM side of WLS which they at first resisted. As it turns out, they had huge ratings on AM and even Steve admitted that "huge transmitter" put him into a lot of homes throughout the Midwest. After a year though, their contract was up and WLS lost them to the Loop ...and I stayed at WLS.

Rick: In 1989 when I was producing Steve & Garry's show at the Loop, they were celebrating their tenth anniversary together. One of the things I did was contact people that used to work with them, and have them call in as a surprise, and you were one of the people that called in. I remember that so vividly because you were actually on-the-air at WLS during that same time slot, and just walked into another room to call the competition. Do you remember that, and did you ever get in trouble for it?

Jim: Of course I remember that...I thought it was fun to call in ... I even remember what I said when you put me through (without telling them who it was). I said "Hey guys let's roll out the Canarble wagon."

Actually as I recall, the bosses didn't mind. Drew Hayes was our program director and is back now. He had a flair for the dramatic and knew it was all good publicity. I'm having a blast with Drew back at the station. Drew and Michael Damsky (our general manager) have brought a breath of fresh air to the station…and made some changes for the better. WLS is thriving again.

Rick: During the Roe and Garry years, you worked with Garry for the second time. There was obviously a comfort level there between you two, and that show had a great run, but when it blew up it must have been extremely awkward and difficult for you. What was going through your mind during that era?

Jim: Everyone involved probably has their own version of what happened. When Drew Hayes (in a brilliant move) brought Garry back to WLS to join Roe as a co-host I thought it was a pairing made in heaven. On the first day Garry started joking about the Canarble wagon and we were off and running. (Photo: Garry, Roe, Jim, and the Canarble Wagon)

Roe and Garry clicked from the beginning and once again I came along for a great ride. Then a few years later when Garry turned down a huge final contract offer from WLS, I was shocked and sad...but life goes on.

Rick: There have obviously been quite a few changes on the show since that time, but the one constant other than Roe himself, has been you. He obviously thinks very highly of you. How would you describe your relationship with Roe?

Jim: Its as good as it gets. Roe (photo) and I have worked closely together for more than 20 years. In addition, we are close friends, and have shared countless professional and personal family moments. Sometimes during the show I swear we can read each others minds! If I get off track ..he lets me know with a glance. I honestly cannot remember ever having a serious disagreement. I’m free to chime in when I want, but most of the time I try to stay out of the way and let Roe and Roeper do their thing. One thing we all agree on is that nothing (and I mean nothing!) said on the show is taken personally.

Rick: What are some of your favorite moments from the Roe show years?

Jim: Oh my god…you’re asking me to remember highlights from what has been a feast of fascinating guests, current events and wacky topics? Not possible. We have had a front-row seat to history and all the compelling events in the past 20 years…including the 9-11 attacks. News-makers, politicians, top show business personalities and gangsters have been in the WLS studios with us. I think some were either drunk or on drugs.

The dozens of “live shows” we have done outside the studio in various locations around the world have been and continue to be a blast. If I ever write a “tell all” book I will have to go into a witness protection program .

Rick: How do you think the latest lineup of the show, with Richard Roeper, is gelling?

Jim: This was another great move by our bosses Michael Damsky and Drew Hayes! (Photo) Can I suck up any more than I have already? He has fit in beautifully. He brings a lot to the table with his own huge resume (columnist, radio and TV host, and author to name a few things). I have listened to a lot of radio and TV in my lifetime and I have never seen anyone fit in to a new show more smoothly and naturally. Simply put, “he gets it!"

Rick: The news business is really in the Johnson blood, isn't it? Your dad was a newsman, you're a newsman, and your daughter is a television news reporter too. What is it about this business and your family?

Jim: No doubt about it I was blessed to be raised in a family with a great Mom and Dad, although their marriage was a constant storm due to my Dad’s drinking and occasional womanizing. Despite their stormy marriage I always knew I had their unconditional love.

My father. He was a brilliant writer and newsman who also loved the outdoors. He started in Chicago at the City News bureau, which was supported by the newspapers in the early days. He eventually went to the Sun Times as a city hall reporter and outdoor sports columnist (odd combination but he loved both).

He quit his good job at the paper and dragged his family up to the North Woods where he and my mother built and operated a hunting and fishing lodge for many years. The politicians, judges, policemen, and firefighters that he covered vacationed there. (Including the original Mayor Daley and his young sons including one who also became mayor). John Callaway the wonderful reporter and TV host here in Chicago was friends with my father and also came up to fish and relax. I felt like I was living in an Earnest Hemmingway novel and loved almost every minute of it.

I assume my daughter Alexis and I inherited my Dad’s journalism blood and my daughter also got my wife’s looks and common sense.

Rick: As someone that has been around the news business literally his entire life, what are your thoughts about the future of news? 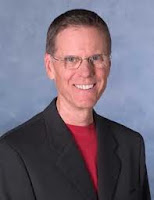 Jim: Actually in the past couple of years the business has changed dramatically. Of all the things I’ve witnesses in the business, the explosion of information on-line and the all-news channels have really changed things. Twitter and Facebook are not only social networks, people use them to break news! They didn’t even exist until recently. How did that happen?

I actually like the changes…there’s more out there than ever before. As I tell broadcasting interns, ”Life is change…either get with it our get out of the way.”

Rick: What else do you tell them?

Jim: Try not to let a bad boss drive you out of a job you really like. He who speaks first in a meeting usually loses. Be patient and you will get most of what you want. I’ve been up, I’ve been down, and up is better!
Posted by Rick Kaempfer at 9:23 AM