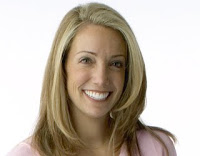 I've interviewed Melissa several times over the last few years, including this interview from two years ago. Just a few weeks ago she was let go by the Lite, which was a pretty surprising move. I got in touch with her the other day, and as you might expect, she isn't at liberty to talk about some things (contractually), so I asked if she had anything to say to her fans (who she wasn't allowed to say farewell to.) She replied...

Melissa: Thanks, Rick! I appreciate all the great support and emails from everyone! It means the world. A new website will be live soon at www.melissaforman.com. You can email me there at anytime. I'm really excited about moving forward and will definitely talk to you soon! 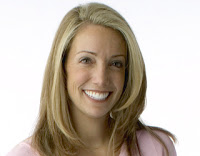 Melissa Forman does mornings and afternoons on The Lite, WLIT 93.9 FM.


Rick: I feel like I should start a conversation with you after November 1st with "Seasons Greetings." It's the most wonderful time of the year, isn't it?

Melissa: (Laughs) Yes it is.

Rick: How is the Christmas format going so far?'

Melissa: To be totally honest with you, people genuinely love the holiday music. They're really passionate about it. If that's what they want, I'm totally cool with it. I'm a little Jewish girl from the suburbs, so it's kind of ironic that I'm playing these songs, but I didn't really know them that well. I really do like them. My favorite part about it, though, is the reaction of the listeners. I hear from these rough-and-tumble guys, like firefighters, and they'll say something like that, "Yo, Melissa, I really need to hear O Holy Night." I love that. It's a nice thing to hear people really connect with those feelings of being a kid.

Rick: Are they giving you profit sharing yet? Mornings AND afternoons? I know you're voice-tracking afternoons, but has anyone ever done both mornings and afternoons in Chicago before?

Melissa: It's so ironic. Here's some great advice: Be very careful how you behave when you exit a place. I'm not only back, I'm back twice. I heard that someone else has done this before, although I'm not sure who it was. My first reaction was-- you know, this kind of makes sense. I think of myself as a carpooler. I drop them off at work and say have a nice day. Then I pick them up after work, and ask them how their day was. In the afternoon, I keep it really casual. It's been a lot of fun. I don't profess to be a music jock or anything, but it's a unique thing to try, and it does give the listeners a familiar voice.

Rick: How's it going—just in terms of your schedule, your work load, etc?

Melissa: Between 8:30—9:30 we run mostly music on the show, so I stay and talk to people, record some calls, and decompress a little bit, and then I'll start getting the afternoon stuff together. We do have a live traffic guy (Dave Hilton) in the afternoon, so if anything really important happens, we're totally covered. So sometimes I lay down the tracks right away and leave by noon, or sometimes I'll sit back and regroup. For the afternoon show, it's more of a music intensive thing right now. We may be doing more interaction as we move forward. The door has been opened for that, but right now, we're taking it slow.

Rick: I thought it was absolutely great that your boss actually publicly apologized to both you and the listeners when he finally pulled the plug on Whoopi. That must have made you feel pretty good. I can't remember ever seeing a radio executive apologize before. I think my mouth literally dropped open when I read it in Robert Feder's column.

Melissa: What you just said is my exact reaction. I opened up my e-mail the day before and saw the rough draft of the press release, and I thought it was totally a prank. Never in my entire career have I ever seen a program director be that honest, that frank, and ever admit, you know, "I totally screwed up." I wrote to Darren and said – "expect a ton of calls from people wanting to work with you." It's unheard of. He was shocked that people responded that way. I was humbled and so glad to be on his team. Wouldn't everybody love that? I learned a lesson about grace and accountability from him that day.

Rick: Tell us a little bit about your show, and the other key members of the team there.

Melissa: Rick Zurick is our news guy (in Cubs shirt in the photo), and I have two producers Tony Lossano (wearing hat in photo) and Jim Gronemann. Jimmy was my original producer when we did mornings last time, and Tony was running Whoopi's board, and became part of the show again when I went back to mornings.

Rick: I love the video of your first day back in the mornings. He's the one sitting next to you in the studio there.


Melissa: As for what we're trying to do with the show, I want the people that listen, especially the women, to think "that's how I want my day at work to be." The reason I say that is because it's rare that you find a woman running things with all these guys around, where you can just tell the guys are perfectly fine with it—they actually like it. They're having fun. It's a subtle thing, I know, but we're really just trying to have a good time. I hope they look at us as fun and funny and sometimes sentimental, and I hope they go to work today and have that kind of respect and camaraderie and fun in their own workplace.

Rick: When I was working with Landecker in the 90s, he told me "Look out for this Melissa Forman. She's going to be a star," and this was years before you came to Chicago. I think you were still working in Champaign at the time, but he could tell that you possessed a special quality. I know this is tough for you to answer, but what do you think is your greatest strength as a radio performer?

Melissa: I don't pretend to be anything other than I am. If they love me, it's great. If they hate me, it sucks. But at the end of the show, I know that I did the best I could, and I said and did what I really believed. Chicagoans appreciate that and relate to that. That's always the biggest compliment I get. People feel like they know me. You mentioned Landecker (photo), and I just have to say that John has been a great mentor to me over the years. He asked me to be part of his morning show at WJMK, and was so gracious when I said no to him. How many people would do that? John understood what I needed to do to have a longtime career. One time at a Morning Show Boot Camp, John was the featured speaker and a woman asked a question about why women don't get paid as much in radio, and he said "Where's Melissa Forman?" I was so embarrassed. He made me stand up and said "Melissa said no to working with John Records Landecker. And do you know why? Because she wasn't going to accept anything less than she really deserved, and she always knew what she really wanted, and that's how you do it." I'm still touched by that.

Rick: You grew up in Chicago. Who were some of the radio personalities you listened to, and how did they influence you?

Melissa: Landecker was one. Johnny B was another. His timing, his honesty, his sense of things. And Patti Haze, I always loved the way she carried herself and presented herself on the air. But to be honest, I wasn't really listening, I mean really listening, until I started to do a radio show myself. When I was in college at U of I in Champaign, there was a show called the John and Maura show. The co-host was Maura Myles, who is in Chicago now too. She was the first great female co-host I heard who wasn't a giggly side-chick, and she had great chemistry with her partner. I wanted her job, I wanted that feeling.

Rick: You're one of the very few radio performers of your generation being given a shot on the air in Chicago. Richard Roeper mentioned this in his column the other day, and I have to agree. There doesn't seem to be a new generation of performers coming up to replace the older generation. Why do think that is?

Melissa: My agent pointed that out to me not too long ago, and I didn’t even realize it. I don't know. That's a good question. I never really thought about it before. I was only 28 when I started in Chicago. Maybe it's just because of technology and how easy it is to bring big name talent into smaller markets, but to be honest I haven't been to a small market lately to listen. Maybe they're out there but we just don't know them here in Chicago.

Rick: Of course, it was big news this week that WCKG unveiled a new A/C format to go after your audience at WLIT. Are you worried about Fresh FM?

Melissa: Anyone who really listens to us knows that we haven't been Grandma's Lite for a long time. It's not the same anymore, so I'm pretty confident in our product. I like the music we play, and the way we present it, and I'm in the demo we're trying to attract, so what can I say? It'll be fun and exciting.
Posted by Rick Kaempfer at 12:02 AM