John Gehron is a legendary radio executive probably best known for his time programming the Big 89 (WLS) during the 70s and 80s.

Rick: Let’s talk about your most recent job, running Harpo Radio for Oprah. That was your first foray into satellite radio and the world of Oprah. What was that experience like?

John: It was an amazing experience. Remarkable woman, remarkable organization. It was so great working with so many quality people, producing such high quality work. Working in that kind of environment really required you to bring your A-Game every day. Plus, it was nice after years of having to cut cut cut, which has been the reality in most of my previous positions at other broadcast outlets lately, to finally have someone say to you—do it the right way.

Rick: I think your name has been mentioned more times than just about anyone else’s in my previous interviews, from all walks of radio life. Programmers, jocks, producers, and newscasters all sing your praises. I don’t need to tell radio people how rare that is. Other radio executives would love to know how you pulled that off. Is there something about your management style?

John: I’ve never believed that I have all the answers, so I’ve always been very inclusive—consciously trying to include as many people as possible in the idea process. I’ve never felt like my way was the only way. It didn’t matter where the ideas came from, it only mattered that the ideas were good—and the more people that were involved, the more the ideas changed and improved, and the more people who felt like they were legitimately part of the process.

A good example of that is the format. I never believed the format was more important than the people executing it. It just provided goal posts, point A and point B, and it recognized that there were many many ways of getting from point A to point B. Each individual does it slightly differently, and that’s to be encouraged. That’s what makes it interesting to the listeners, and the personalities themselves. It encourages individuality. That’s something that has existed, I hope, at all of the radio stations I’ve worked.

It’s like asking a bunch of painters to paint a waterfront, and then giving them the paint. They know what they need to paint, but each of them will paint it slightly differently.

Rick: During the consolidation era of radio, you have had a unique vantage point to view the effects of it. You were a top executive with the two largest radio companies in the world; Clear Channel & CBS. How do you feel about that era now?

John: I’ve always been a fan of the basic idea of consolidation. The ad agencies we were dealing with at the time were all consolidating, in fact, nearly all businesses in America were consolidating. It’s the natural cycle of business. When radio consolidated too, it put us all on the same platform, allowed us to do business with the same size organizations.

Rick: So you really see it as a net plus?

John: Well, no, not exactly. Many parts of it have been a plus, but there have obviously been some mistakes made. One of the biggest mistakes was using consolidation to cut money rather to improve the product.

Rick: How could it have been used to improve the product?

John: It should have been used to allow best practices to spread. For instance, instead of going head-to-head against everyone, as we all did in the pre-consolidation era, we could have created formats that complimented each other.

John: Exactly. Formats that couldn’t be justified as a stand-alone, but could have complimented the other formats within the company or within the market. That could have led to much more diverse programming. Another way of spreading best practices, frankly, is by using your best people in more capacities. Not to overwork them, but to offer them additional challenges if they wanted them. The idea of cutting, cutting, cutting, wasn’t the main appeal to consolidation, and it’s unfortunate that it became so predominant. 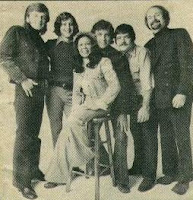 Rick: Many people got to know your name during the glory days of the Big-89, WLS. You were at the helm of that powerhouse lineup during much of the 70s and 80s. (Photo: WLS lineup 1975) The Loop replicated that success in the 80s and early 90s. Big time talent in every time slot. Have today’s economic difficulties made it impossible to do that again?

John: Well, yes and no. Clearly companies can’t afford to pay as much as they once did, and in the bigger markets AFTRA requires minimum payment and so on, but broadcasters haven’t utilized opportunities well. For instance, in the early days of FM, many stations were just simulcasting the programming from their AM stations. The FCC stepped in and said you could no longer simulcast, so many of these stations simply handed over the FMs to the youngsters in their organizations, and said: Here you go! Do what you want with it.

There were some mistakes made, but there were also some wonderful things that developed during this era; progressive radio, for instance. Now broadcasters are stymied by group ownership, which is often centralized, and won’t allow that sort of experimentation. In the current economic climate, it’s actually the perfect time to try something like that again. The economic realities may not allow you to have big stars anymore, but there isn’t any reason why you can’t take some chances with younger unproven talent and let them develop.

Rick: Do you feel like radio has done a pretty bad job of that over the last decade or two?

Rick: Those WLS years were a turbulent time, despite the great success. I was just a listener in the early to mid-80s, but the Steve & Garry years in particular must have been a challenge for you. They were calling you “Scumby” on the air, reading your memos, writing songs about you. How do you look back on that time now?

John: I think we both were learning something from each other at the time. They were really pushing the limits, pushing the envelope. Really, they invented reality radio as we know it today. Meanwhile, I was working for a very conservative company that didn’t quite understand what they were doing, so we had a split in the building. (Photo: John at his WLS desk) There was one group that still believed in the old way of doing things, and one group that embraced this new way of thinking. It came to a head in the end when I wasn’t allowed to rehire them.

Rick: Just speaking as a listener in those days, I think part of the appeal of that show at that time was hearing someone rip their boss like that. It’s unfortunate that it was you, especially now that I know how highly everyone else thinks of you, but honestly, all of us wished that we could talk to our bosses the way those guys talked to you. There was something immensely cathartic about it. I remember one time tuning in and Steve was reading a memo that started with this sentence: “DO NOT READ THIS MEMO ON THE AIR.” That was jaw-dropping.

John: Oh no question, from a listener point of view it was clearly great radio. There’s no doubt that some of that was for show, but very much of it was real. That was what their show was about. Reality. They were really hard on us, but they were also really hard on themselves when they didn’t feel they were living up to their own ideals.

Rick: Do you still have a good relationship with those guys?

John: I would say so. I think I have a good relationship with both of them. I see Garry pretty often, and I really should get in touch with Steve. We both have a lot more time on our hands these days.

Rick: You’ve worked with virtually all of the major air talent in Chicago over the past 30 years. Tell us a few things that may surprise us about what these guys (and gals) are really like to deal with off the air.

John: I always found the big stars had an intensity about them, and part of my job was getting out of their way. The good ones knew what they wanted to do, and the great ones had a vision, and I had to give them the freedom to realize it. I have a tremendous amount of respect for talent—for their creativity. I know how hard it is to do what they do, to walk in and create something like that, because I can’t do it.

Rick: Do you think most program directors think that way?

John: The good ones do. Some programmers enjoy the idea of hearing their format executed exactly the way they envision it or draw it up. I never felt that way. If I could have executed it perfectly, I would have done it myself.

Rick: Is there anyone you’ve never worked with that you’d really like to work with?

Rick: I know you’re doing radio consulting work now. What sort of consulting are you doing?

John: (laughs) I’m a man of projects. If people in the business call me and need some advice or help on certain projects, I’m happy to help. I’m working on some ownership opportunities, helping others talk through problems, you name it.

John: Radio has to embrace digital opportunities. It’s always been a push medium in the past, but we can get feedback opportunities that we never had before through the digital medium. Also, we need to look into the different distribution systems, and see how they are being used by today’s consumers, to find different ways of providing our product to people in ways that they can use them best. Not just streaming, but maybe cutting things up into pieces that can be distributed in different ways, like via the iPhone, or other delivery devices.

Also, radio has to recognize that the times have changed. 30 years ago, the record store and the radio were the only places that delivered music—now there are so many more. We have to move beyond music and realize that our delivery of it isn’t special anymore. Part of what is special, part of what radio can still provide as far as content goes, is personality! We need to seek out peer leaders that speak to particular groups and invite them into the process, to find ways of reaching different groups we’re not reaching now. Not just geographically, but demographically. That’s why I love what Kiss-FM is doing by putting Silly Jilly on the air at night.