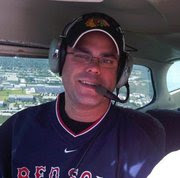 Jim Moran is a long-time traffic reporter for Metro Traffic in Chicago.


Rick: You've been doing traffic in Chicago now for nearly a decade. What are the best and worst parts of being a traffic reporter in this town?

Jim: I think the best thing is the fact that traffic reports are such an important resource in Chicago. There are very few cities that have the traffic, and the traffic reporting technology that Chicago has - it's exciting to be a part of that. Another great thing about reporting traffic - is we're usually at work during the worst traffic times, it's much more fun to talk about traffic, than to sit in it. (Laughs)

I don't think it's the worst thing, but sometimes the most difficult is trying to touch on everything going on. During the summer, it feels like traffic is bad nearly 24/7. Trying to fit everything in during a :60 to :90 report can be a challenge....but that's keeps it fun!

Rick: Working at a place like Metro you literally have gotten to know every other person in Chicago that does traffic. Do you have a traffic mentor, someone that you look up to, and try to emulate?

Jim: One of the things I've been very grateful for is the opportunity to work with some of the most talented people in our industry. When I first started Bart Shore (photo) and Joe Collins helped me out quite a bit. I still turn to them for advice and as a radio listener, I love to hear them deliver traffic reports - they are two of the best in the business! Someone who also served as my mentor and a close friend is Mark Nepolean. As far as others that had helped me in the begining - Ric Federighi and Rick Sirovatka - I wouldn't have lasted long at all without their help.

I am also grateful for the chance to work with some outstanding news folks - I have always thought Mike Scott at WIND-AM is one of the best in the business. When I was a program director at WKRS-AM in Waukegan, I would instruct my interns/aspiring news people, to listen to Mike's reports (he was doing sports for WBBM at the time). He has such a great delivery!

Rick: Just from a traffic perspective, are there any days that stand out to you as particularly memorable broadcasts?

Jim: The day before Thanksgiving is generally the worst of the year. One year in particular, I remember a young Mike Pries and Jeanette Ditzler had just started with us - (Mike is now the evening reporter for WBBM and Jeanette spent a good amount of time as an airborne reporter for WGN) - they were both at our editor's desk, and a snowstorm came through and created what has been one of the single worst traffic days in the past decade. Both handled the situation like pros...it was fun to see these guys take charge and kick ass. It was such a crazy day for everyone, and it could have been much worse if Mike and Jeanette didn't pull through like they did.

Rick: The other thing that is fascinating to me about doing traffic, is that you get the opportunity to work with radio personalities from all different formats on many different stations. Of the many you've worked with, who were some of your favorites?

Jim: I can't even begin to think of everyone - over the past nine years, I've had a chance to be on almost every radio station in the market. Some of the top names I can think of are from my days as the evening news/traffic guy for WLS-AM. I was able to work with some personalities that I'm still starstruck to be around - Jay Marvin, Don and Roma, Roe and Garry, Steve Scott, Cisco Cotto, Jim Johnson, Jennifer Keiper, Deb Rowe...this list can go on forever.. (laughs). WLS' current PD is another person who I think is one of the best in the business, I can't say enough about Drew Hayes - great guy! I was also fortunate enough to work with two other great WLS program directors - Mike Elder and Kipper McGee.

I also spent time as a reporter for several NextMedia stations - I loved working with Alison Gerard, Todd Thomspon and Todd Boss at WCCQ, Tom Keif at 95 WIIL Rock is always fun to work with, and he's someone I consider a close friend. Big John at WIND-AM was great to work with - I've listened to him since I was in high school - it was outstanding to share the WIND airwaves with him. I think the most inspiring person I've had a chance to work with is Drew Walker (photo) at US99 - he is the epitome of what people in radio should be - a fan who loves their job and is grateful to be working in radio, in the greatest city in the world.

I currently provide traffic for WBBM-AM - I've had the opportunity to work at the station as a sales rep, and also work on air for the station for the past four years. From Rod Zimmerman and Ron Gleason, all the way to the newest intern - that station is a well oiled news machine. Every member of the air staff is tremendous at what they do. Plus, it's a fun place to work - the personalities and skill sets of the staff are perfect!

Rick: Of course, as you've already mentioned, you're not just a traffic reporter. You've been a sales rep, a newsman, and a program director. You've also branched out into other areas. For one thing, you're a published author. Tell me about the origin of your book about Libertyville.

Jim: I love my hometown of Libertyville! The Arcadia Publishing book I was able to publish back in 2006 was an opportunity for me to share some photographs and postcards from my personal collection, plus help share and spread my passion for my hometown. The book is available through most online book sellers - Amazon, Barnes and Noble, etc.

Rick: And now you've even become an elected official in Libertyville. What made you decide to run for Village Board Trustee, and do you think your name recognition from the radio helped get you elected?

Jim: My world of covering politics and my love of Libertyville finally collided this spring when I was elected to the Village Board in Libertyville. I can't even begin to describe how honored I am to have been elected by my neighbors to serve our awesome community!

It's funny - I don't think a lot of people in Libertyville associate me with my radio career. I think more people associate me through my family or my work in the community.

Rick: How has it been going so far?

Jim: So far, it's been great serving on the Village Board. My experience working with various municipalities throughout the years as a news/traffic reporter has already allowed me to provide some valuable insight and perspective to our board.

Rick: I know you've also dabbled in doing your own talk show at WKRS (AM 1220). How are you enjoying that experience?

Jim: Being back home at WKRS has been fun - so far, I've been joining Jerry and Nick on Monday mornings on WKRS. We'll see where this grows to - it's a chance for me to talk local politics and be on the air at a great local radio station. Early in my career I was the program director and morning host at WKRS, plus this is the station I was on the air at, the morning of September 11th. It will always be a special place for me.

Rick: You and I share an affliction too. We're both Cubs fans. As Mr. Burns says on the Simpsons..."Oh Ziggy, will you ever win?" Jim, are we doomed to a lifetime as Ziggy, or is there hope?

Jim: Rick, I wish I could say there was hope. As a Cub fan, we're supposed to be the foolish optimist that thinks, "we'll do it next year for sure!" I wish I could say I was smarter than this...(laughs). The Cubs are the only team in the world who could be 20 games out by the end of June, then put together a six game winning streak - then have fans start talking playoffs. I love it!
Posted by Rick Kaempfer at 11:25 AM