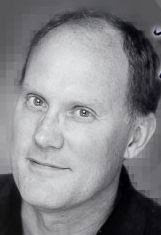 Matt Bisbee is a radio production wizard. For twenty seven years his instantly recognizable voice was a regular presence on the Loop, WLUP. When the Loop was sold to Emmis Broadcasting a few years ago, he remained with previous owner Bonneville, and his production work is now heard on the company's other Chicago properties: The Drive, The Mix, and Love-FM.

Rick: After twenty seven years of being associated with one radio station, the Loop, how strange has it has been these past few years with the Drive, the Mix and Love-FM?

Matt: I thought it was going be a rough go because I was so identified with the Loop and AM 1000 for so many years. When I started with the Drive, though, it didn't feel strange at all. Those Drive promos were actually pretty similar to the kind of rock promos I did at the Loop in the early days.

And then, when I was being worked in at the Mix, that wasn't a difficult transition either, because I started out doing personality promos for Eric and Kathy. After doing similar promos for years on behalf of Brandmeier, Dahl, and Kevin, doing the Eric and Kathy promos felt very comfortable for me. I think it was stranger for listeners. A lot of people came up to me and said things like "Hey, I heard you on the Mix and it sounded so weird." But I haven't heard that in a long time now. It seems totally normal. As for the Love-FM stuff, soul music just happens to be my favorite music in the world. Greg Solk (VP of Programming for Bonneville/the company that owns all three stations) knew I loved it too, and knew I'd be excited to do work for that station. Right now, I can't imagine having a better job. I really love it here.

Rick: When I asked if I could interview you, you jokingly said that "If someone wants to know how to do a kick ass Def Leppard Sweeper, I'm your man!" I know you're just being humble, but you're actually one of the two or three most famous production guys in Chicago radio history. Why do you think people know you and what you do?

Matt: I think it's because I'm trying to touch the person listening in their car in some sort of emotional way. Whether it's a serious promo, or a humorous promo, I really try to connect in a human way. The stuff I’m known for is the humorous stuff, but those started out because I was poking fun at the guys on the air. When you make fun of them, it makes them more human. Listeners love to know that the personality isn't taking himself too seriously. 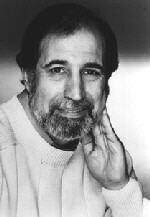 In that regard I was really lucky, because Dahl, Brandmeier, and Kevin Matthews were always encouraging. They could have been prima donnas about it, but they weren't. They loved that I was poking fun at them, and encouraged me to do it more.

Growing up I always admired Dick Orkin (photo), and he was like that—it seemed like he never took himself or his characters too seriously. But other than Orkin, not too many people were doing that back in the day, and maybe that's why my stuff stood out a little more.

Rick: You were at the Loop a very long time, through so many different eras, different owners, different program directors, different general managers, different formats, and different co-workers. Was there an "era" that you look back at more fondly than the others, and if so, why?

Matt: They were all important in my career. I learned so much during those early days. Dave Logan taught me production, and I always remind him of that every time I see him. He was very important to my development.

The fun days were probably the 80s. It seemed like everyone we added to the puzzle made us better and better. Bob Stroud, Bobby Skafish and Patti Haze! Some of the best jocks of all-time. Brandmeier, Dahl & Meier, Kevin Matthews—man, what talent. It was a special moment in time that you couldn't recreate if you tried…although I guess they're trying now. It's hard to restart that fire, though, because it wasn't just the great on-air talent. With Decastro walking the hallway, and Greg Solk, and then later Larry Wert, even the management was well-known, entertaining, and special. The producers we had in those days might be the best ever—Wiser with Brandmeier, you with Dahl & Meier, Shemp with Kevin Matthews. It was an unbelievable collection of people, between the AM and the FM. People are what make a radio station great, and we had great people.

Rick: At one point, you were the midday guy at the Loop, and Stroud was the production director. Then, one day, the two of you just switched jobs. How did that transformation go down?

Matt: I was always more comfortable doing the production thing, once I got a handle on it. I was able to lose myself, create a character, and I loved it. That's the sort of stuff I did when I was kid in my room at home, with my little tape recorder. I was never as comfortable being on the air.

Stroud (photo), on the other hand, never had the passion for production. It's funny, because Stroud is one of the best production directors of all time. He was able to do some incredible things in a production studio. Just watching him, I learned so much. In fact, when the Loop first hired him from WMET, I was even a little intimidated by his talent. But he never loved it. He had a theater background, and was more of a performer. He loved being on the air, and he loved doing his Rock and Roll Roots show.

Rick: Here's a totally unfair question. Is there one rock jock and/or personality from those Loop days that you consider the best?

Matt: Wow, that really is unfair. I guess if you pinned me down and made me pick a rock jock, I'd pick the guys I watched when I was first starting out. Sky Daniels. I watched him when I was 21. I couldn't believe how he sold those records on the air. He would caress the record with love and affection, like it was his child. Whether it was the Cars, the Romantics, or the Boomtown Rats, he really sold 'em. He was the ultimate rock jock. I would try to sell my promos like he sold his records. I learned that from Sky. Another guy I learned a lot from in my early days was Mitch Michaels. 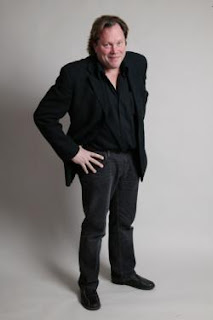 Now as far as personalities go, that's even tougher. I can't pick one. I mean, they were all so incredibly good—and they were all really good to me. As far as the fun factor, though, I'd have to say Kevin Matthews (photo). He actually made me a part of his show. He would call me up and say something like "I'm going to pretend like I'm eavesdropping, so pretend like you're working on free lance projects for Spike O'Dell," and then he'd hang up the phone, and we would just wing it. He really let me play. He was really generous. Dahl was great too…he was always encouraging me…and Johnny too. He let me do all the promos for his concerts.

Rick: You've also been known as someone who helps out youngsters in the business. What general advice do you give to kids trying to making it in the business today?

Matt: I always tell kids when I go to speak at a college or a high school or whatever, that the most important thing to remember is that you have to be yourself. Don't try to be someone else. Sure, you can let someone else influence you, but go with what you know, and you'll find your path. If you try to be someone else, you won't make it.

That's especially true in production. A few years ago a guy named Keith Eubanks started that "talking through the telephone" sound, and within months everyone was trying to do that. It wasn't original anymore. Do it yourself, do it your own way…

I think back to the production guys I looked up to early in my career, those big voice guys like Gary Gears (photo), and Chuck Britton. Man, those guys were great, but I realized that I didn’t have one of those booming voices, and I knew I couldn't do what they did. I did, however, take that whole "deep voice guy" thing, and make it into a character. I was working with Jim Volkman one time, the guy who does that great Harry Caray impersonation, and he said "Every time I hear you do that deep voice character, I picture a guy name Walt Dove." Ever since then, every time I do the character, that sort of edgy-angry-big-voice guy, that's who I think of too. That's his voice. That's Walt Dove.

Rick: You have won more awards over the past few decades than anyone I know in the business. Are there any awards that mean the most to you?

Matt: It's funny, at the end of the day, the one award that means the most to me is the one that I got from The Make A Wish Foundation. These kids would come into the studio, and I would look into the faces of their parents, and I thought, my God, I am so blessed. If there was anything I could do at all, no matter how small, to make their lives a little better, the kids and their parents, I would do it. And so I did some promos for them, and I put my all into it. They were totally serious, but like I mentioned earlier, they were made with real emotion. I felt a little weird when they gave me an award for it, because what I did was nothing compared to the great work those people do at Make A Wish, but I must admit that award probably means more to me than any of the others.
Posted by Rick Kaempfer at 12:03 AM