I've previously interviewed both Catherine and Karen for Chicago Radio Spotlight, but I thought it would be fun to interview them together. After long and successful radio careers, they are now co-owners of the Chicago Hypnosis Center.


Rick: I heard you on the air with Steve and Johnnie on WGN the other night, and it was wonderful to hear you on the radio again. How was it from your perspective? Is it really like riding a bike?

Catherine: Oh yeah. It was fun.

Karen: I'm more at home in a radio studio than just about anywhere else in the world.

Rick: Do you miss it? Did being in there make you miss it more or less or neither?

Karen: Neither really. I do miss it sometimes when I see something in the paper and I think 'Oh that would such a great topic for a show' but then we come in and entertain each other.

Catherine: It's like a constant radio show in the executive suite.

Catherine: It is. I miss some really really good times we had in, say 1985, but do I miss being in radio as it is today? No, not so much. The people that I know who are still in radio aren't exactly having the time of their lives.

Karen: My daughter sells radio in Sacramento, and she grew up in radio, and she says 'Mom, it's just not the way it used to be.'

Rick: How did you two meet each other?

Catherine: We worked together at WLS.

Rick: I'm sure you saw Robert Feder's column this week that mentioned both of you. It was about the dearth of females doing morning radio shows in Chicago. I know both of you were very active in broadcasting organizations for women. You're very aware of this issue, and have been for years. 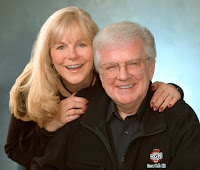 Catherine: Oh yes, we're well aware of it. We were reminiscing actually with Steve & Johnnie (photo) when we were on with them about this the other day. In the days I was working at WLS during the music radio days you couldn't even play two female artists back to back. And Steve told us that when he first started in radio you couldn't play two female artists in the same hour. Can you imagine?

Rick: I know people in the business that just believe women don't sound as good on the radio as men. They can't drive a show, they can't be a lead anchor. They really believe it. I also have comedian buddies that swear women aren't as funny as men.

Karen: (laughs) And then you have an Ellen DeGeneres...

Rick: Right. Exactly. That's got to be a little frustrating.

Karen: They're stuck in the belief system of the subconscious mind.

Rick: I see what you're doing there.

Rick: OK, I can take a hint. Let's talk about your business a bit. The two of you are co-owners of the Chicago Hypnosis Center, which recently broke away from the Positive Changes Hypnosis Center. Why the change?

Catherine: As they like to say in radio, Rick, we decided to go in a different direction. Ever heard that one?

Rick: (laughs) Once or twice.

Catherine: It was amicable. There were no problems. They just wanted to go in a slightly different direction than we did.

Rick: You joke about radio, but your radio background really does help you tremendously in this line of work, doesn't it?

Karen: Radio was about communication and so is this. One of the big rules in radio is that you have to know your audience. Here we have to know our client, to find out what it is we can do to help unblock them.

Rick: Are there people that are not good candidates for hypnosis?

Karen: Three types. One type is a person who is drunk.

Karen: And the third type is a smart alec like you. (laughs)

Rick: So I am the worst possible candidate.

Rick: So it's not like the caricature of hypnosis, where you convince someone to cluck like a chicken every time a bell rings or anything like that... 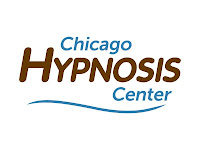 Catherine: Well, we could try to make you cluck like a chicken, but no that's not what we're all about. People think hypnosis will put you under, or make you unconscious. It's not like that at all.

Karen: It's like being in a trance. You do it all the time. When you're with your spouse, you're in a spouse trance. When you're with your friends, a friends trance. You naturally act differently in different situations.You go from trance to trance to trance without giving it a second thought. In radio, perfect example. I've got a little bit of a foul mouth. The 'F' word crosses my mouth several times a day...

Karen: (laughs) True. And I could be sitting with Eddie and Jobo and we could be talking on the intercom and all sorts of words would be flyin, but as soon as the microphone is keyed, that part of me is completely shut off--without any thought, without any concentration. That is simply the trance I'm in.

Rick: It's funny you mention that, because I talk to friends of mine that struggle with holding their tongues in front of their children, and that's never been a problem for me. Probably because I was used to not swearing in a radio studio all those years...

Karen: You just dropped right back into that trance without even realizing it.

Rick: If you had this knowledge back in the days you were doing radio, who would you have hypnotized, and for what?

Catherine: The other night Steve and Johnnie asked about that and I said Larry (Lujack). But then I really thought about it--and you know, Landecker would have been fun to hypnotize. And Fred (Winston). It would be great for all of them.

Rick: And what would you do to or for any of them once they were hypnotized?

Catherine: That's a good question. See, I'm inclined to think of self serving things, like 'be nicer to me,' but that's not really what hypnosis is about. It's not a magic spell I cast.

Rick: You should recruit clients from radio. Or maybe you do. How do you attract clientele?

Catherine: We'll talk to any old blogger that walks in the door.

Rick: So what is your favorite part of this job?

Karen: I always liked people, and doing whatever I could to help them. I did a talk show for years, helping people with their relationships, and this is similar. When I sit down with a client I get into the zone you talked about. Anything else can be going on in the world, but when I get in the room with the client, I'm completely focused on them. It shuts out the rest of the world. It's a beautiful thing.

Rick: Well best of luck to you in this venture. I can see how passionate you are about this and I have no doubt you'll do very well.

Karen: Wait! Before you go, can I play with you with one little process?

Karen: Sit back in the chair and close your eyes.

Note: I rolled tape on the hypnosis and at no point did she make me cluck like a chicken.
Posted by Rick Kaempfer at 11:12 AM