Clark Weber is one of the legendary radio voices in Chicago over the past five decades. He still lives in the area, running an advertising agency Clark Weber & Associates specializing in radio advertising for the 50+ market.

Rick: I have to ask you this right out of the box because I love this story so much. Could you tell the story about the day you introduced the Beatles on stage at Comiskey Park?

Clark: Capitol Records threw a luncheon that afternoon for WLS and the Beatles at the Saddle & Cycle Club on Lake Shore Drive. A good friend of mine, Jim Feeley, was dating a model named Winkie, and I invited them to come along. Well, Winkie showed up in a two-piece tennis outfit, and she looked incredible. I sat her next to George Harrison and his eyes almost popped out of his head. She made nice with him for a little while and George really thought she was going to be staying with him all day. When Winkie got up to leave a few minutes later to go to a modeling audition, George was wounded. “You’re not going anywhere,” he said. Winkie replied: “Oh yeah? Well watch me.” Later that night Feeley called me and asked if she could come to the concert, and I said—‘You’re really pushing it’, but I did get her in. So, flash forward twenty years later. A photographer from the Sun-Times called me up to say he had a photograph he wanted me to see. It was the Beatles on stage at Comiskey Park. I’m standing to the side of the stage and so is Winkie, and George Harrison is on stage looking right at Winkie, giving her the dirtiest look imaginable. Winkie later married a pro football player, moved down to Texas and had five kids, but George never got near her.

Rick: What was it like on stage that night?

Clark: As soon as Bernie Allen and I walked onto the stage, the crowd went crazy because they knew what was coming. There were 38,000 screaming teenage girls and the sound was indescribable. I told Bernie to hold his hand out with his fingers spread. We could feel the vibrations in our fingers. I don’t think anyone in that ballpark heard a single second of the show. I was standing right next to the stage and I didn’t hear it.


Rick: How did you get your big break on WLS?

Clark: Sam Holman, the PD that started up the top-40 format here at WLS, worked with me in Milwaukee. Sam was a wonderful guy, but a mean drunk. One night we were getting our car, and Sam was loaded. He made a nasty remark to the parking attendant, who promptly pulled out a tire iron and was about to beat the hell out of him. At that time I was able to conjure up an incredibly loud whistle. I ran onto the street and whistled for a nearby cop, who arrived just in time to save Sam’s life. Sam told me that night that he would pay me back someday for saving his life. After he got to Chicago he called me up and said, “Remember when I told you that I would pay you back for saving my life? How’d you like to come to Chicago?” He hired me as the all night guy, and eighteen months later I was the afternoon guy. Eight months later Mort Crowly took ill and he had to resign for health reasons, and suddenly I was the morning guy. Then in 1966, they threw an extra $150 a week my way, and I also became the program director.

Rick: Did that switch to PD teach you anything about either job? 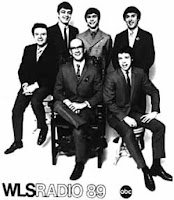 Clark: That’s a great question. Yes, it did. I learned I wasn’t prepared to be the program director. I was just lucky that everyone there got along well. It wasn’t really until Lujack arrived that I started to run into problems. That’s when they brought John Rook in to be the PD, and I was the happiest guy in the building.

Rick: Your career made another transition that served you well for the last few decades of your career. How did you become a talk show host?

Clark: That happened at WMAQ. I was doing a music show, and I wasn’t happy. WMAQ had just announced they were going to switch formats to country, and they wanted me to stay on. I really didn’t want to do that. Howard Miller called me up to have lunch with him—it was my 42nd birthday, and my name happened to be in the paper that day. Well, Howard told me about this station in Denver that had created a new format that was going to be the newest trend in radio—it was talk radio. The more Howard told me about it, the more I wanted to try it. So, I went in and talked to my program director and said, “Look, you’re going to switching the format anyway. Why can’t I try doing a talk show until the format switches?” He said yes, and I worked on my talk chops until the switch to country, and then hopped over to WIND to do a talk show there.

Rick: You did a talk show for nearly thirty years. Were there any guests that spring to mind that you really loved talking to, or really didn’t enjoy having on your show?

Clark: I’ve always hated politicians. They don’t come clean, they speak in platitudes, and they never say what they really mean. I remember Everett Dirksen once saying to me off the air: “Clark, I don’t think the public can stand to hear the truth.”

Rick: So politicians were your least favorites?

Clark: Yes, but I’ve interviewed a whole series of horse’s asses in other fields too. Frank Sinatra, for instance. The day I had him on my show Mike Royko had made a crack in the paper about Sinatra’s “dome doily” and Sinatra was pouting. He was in high dungeon. Later that day Capitol Records threw him a party and he just sat in the corner, arms crossed. Sammy Davis and Dean Martin actually came up to apologize for Sinatra’s behavior that day.

Rick: The irony is that you have a little experience with a “dome doily” yourself.

Clark: That’s true. I got my first one when I was doing a commercial for a tire company and they said they couldn’t have a bald man doing tire commercials. I bought one to keep the job.

Rick: Over the years, it’s become sort of a bit. I remember when I worked with you, you had one that you brought out to live remotes.

Clark: Yes, that’s true. One time I was on Bob Sirott’s TV show “Fox Thing in the Morning.” I took it off right on television and Bob and Marianne couldn’t believe it.

Rick: Bob mentioned you in a previous Chicago Radio Spotlight as one of his radio heroes.

Clark: I think Bob is going to do a great job there at WGN. That’s such a good fit. I predict a long and fruitful WGN career.

Rick: As long as we’re talking about other radio personalities, let me ask you a question I asked Fred Winston when I talked to him. If you had to put together your dream lineup, who would you hire?

Clark: (laughs) I’d hire Fred, but I’d put a muzzle on him. Let’s see. I’d do mornings. Lyle Dean would be the newsman. Let’s put Fred in middays. Lujack in the afternoons. I’d also have Ron Riley and Art Roberts, those guys were the best. And for all-nights, I’d have Ed Schwartz.

Rick: Who are the great personalities that aren’t remembered today as much as they should be?

Clark: Gene Taylor was a great talent. Soft spoken, but so talented. Dex Card did a fantastic job too, but he was such a good businessman, he left radio and made a fortune. He always knew radio wasn’t his final destination. Dave Baum, when he was on WIND, was probably the best interviewer I’ve ever heard. There are many others, like Lee Rogers who went out west and made a name for himself out there.

Rick: So what are you doing these days?

Clark: I started my business Clark Weber & Associates twelve years ago to cater to the 50+ crowd and everybody thought I was crazy. Yet, it’s quickly becoming the largest part of the population, and I’m making a very healthy living with this crazy idea. I’m also producing a one minute feature called “A Senior Moment” which is on 18 radio stations across the country. It’s a look at the world through the eyes of a senior, and it airs here in this area on WCGO-Chicago Heights, WKRS-Waukegan, Relevant Radio 820-AM, and WRNN-Elgin.

Rick: What advice would you give to kids going into the business today?

Clark: There are two people they should hire immediately if they succeed in the business; a lawyer and an investment or insurance man. I’ve seen this happen so many times. When it’s all over, 90% of the greats have nothing left. It’s so sad, and unnecessary. Also, once you find a mate, make sure he or she can handle your fame. I’ve been so lucky in this regard, but many others have not. I’ve seen it too many times.

Rick: What are your thoughts about media consolidation?

Clark: It has to disintegrate. It has to. It’s just not going to work anymore. This year 31% of the audience was on the internet, and next year it’s going to be up to 38%. The internet is going to drive radio. People won’t sit around anymore for ten minute commercial breaks punctuated with a few seconds of inane talk from a nationally syndicated host.

Rick: In my novel, I predict that too. I really think these media giants will realize that they’ve sucked every penny they could out of these radio stations.

Clark: I agree totally. And when it becomes a local medium again, which is what radio does best, it will be successful again.
Posted by Rick Kaempfer at 12:06 AM