Greg Bell is the host of "When Radio Was" (which airs on WBBM-AM 780 in Chicago), and Sirius XM RadioClassics

Rick: First of all, I always enjoy talking to a fellow Illini. I think we were there around the same time (I graduated in 1985), although if I'm not mistaken, you didn't even do radio back in those days...

Greg: That's right, I was a cinema studies major at the University of Illinois and also studied theater. Never made my way over to WPGU, but certainly listened quite often and remembered you, Rick. And I even followed you when you headed to Chicago to work, I believe with Steve & Garry.

Rick: How did you get your big break into the business?

Greg: After bouncing around the west doing the "ski bum" thing and realizing acting was not what I wanted to do, I ended up back near my hometown in Springfield, IL and, on a whim, went into the local TV and radio stations looking for a job. At WFMB, they handed me some copy, placed me in front of a microphone and recorded me. It was atrocious, but the program director simply said, "Can you come in this Friday night?" I worked the overnight weekend shift for that country music radio station for the next few months. At the time, I knew almost nothing about country music, so I "boned up" on it by watching The Nashville Network.

I didn't last more than a year though, and ended up back in Colorado, this time settling in Steamboat Springs. I was managing a restaurant, but one evening was talking with a DJ at a nightclub there and he just happened to be the PD at KFMU, the local rock station. He talked me into taking my one day off per week and coming in and doing the overnight shift. I was back in the business. I transitioned over to the news and sports department working first as just a reporter (covering city council meetings, court proceedings, ski racing events, etc) then later became the news director. In 1994, our morning team (known as Greg & Greg) won best medium market morning show at the Colorado Broadcasting Association awards and that led to getting hired in Boise, Idaho.

I spent a year in Boise, not only doing the morning show for a Adult Alternative music station (KF-95) but also programming the automated AM (KFXD). I tossed out most of the lowly rated political talk shows and replaced them with entertainment based programs. One of the shows I added was the DC based Don & Mike Show, and that gave me a connection to Westwood One.

In 1996, I relocated to the Baltimore/Washington area and after helping produce the Washington Wizards (then still the Bullets) radio post-game show, I went to work for Westwood One producing weekend talks shows. In 2000, I went to work for an internet based financial company producing their radio talk show. After 9/11 and the subsequent financial hit, that company laid off about 1/3 of their staff including me. For the most of that year, I had been trying to get out talk show picked up by a newfangled technology known as satellite radio, and had been resisting offers to take a job there. In December of 2001, I was hired at XM Satellite Radio in DC for the now-defunct USA Today channel (basically a radio version of the newspaper.) In the summer of 2002, they launched two new spoken word channels, Sonic Theater and RadioClassics. I was hired to run the classic radio channel, and was able to draw on my knowledge of classic films and television to also host the channel. This year marks my 10th year there and also my 5th year as the host of When Radio Was.

Rick: Your show "When Radio Was" has a long and interesting history. 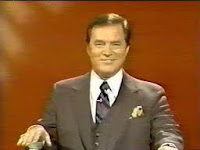 Greg: That's true. It began in the late 1980s as a local show in Chicago created by old-time radio collector, Carl Amari. He was the original host but in 1990 when it went national, television game show host Art Fleming (photo, original host of Jeopardy) was hired to host it. Following Fleming's death in 1995, famed satirist Stan Freberg became the host of When Radio Was until he retired from the show in 2006. Chicago native and old-time radio expert Chuck Schaden initially replaced Freberg, but after less than a year, he also moved on and I became the host beginning in October of 2007. Quite a humbling experience to follow such genuine media legends.

Rick: I'm doing the math in my head, and I know that based on your age, you obviously didn't experience any of these old time radio shows the first time around. How did you get into this era of radio?

Greg: As I was indeed born in the 1960s, I was too young to had listened to these shows when they originally played. What is often called "The Golden Age Of Radio" wrapped up in 1962, when CBS, the last network still playing weekly radio theater, ended that with the final episodes of Suspense and Yours Truly, Johnny Dollar. Personally I was always a fan of classic media, old films, TV shows and radio. 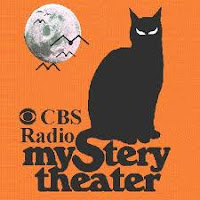 I also grew up listening to the revival radio shows including Himan Brown's CBS Radio Mystery Theater in the 1970s and The Elliott Lewis led Sears Radio Theater in the late 70s early 80s. And I was a fan of Chuck Schaden's Those Were The Days and listened to When Radio Was during the Fleming and Freberg era. The entire reason the XM (now Sirius XM) RadioClassics channel was created was to introduce all these wonderful shows to a whole new audience, who like myself, were not around when they originally aired. Great storytelling is truly timeless, and these shows prove that.

Rick: Do you have any favorite old-time radio shows that to you, really show all that the medium can be?

Greg: Ah, the old "who is your favorite child question?" I love most of the shows I play, but if I had to pick a few favorites I would have to do it by genre. 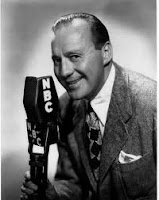 Comedies: Jack Benny (photo) is the king, but for great chemistry and timeless humor; my favorite is The Phil Harris & Alice Faye Program. Harris and Elliott Lewis as his pal, Frankie Remley were Cramden and Norton before the Honeymooners came along.

The top thriller and mystery series: For me they are Suspense and The Whistler both had tremendous storytelling and tfeatured different themes each week, so it might be a murder mystery one week, science fiction the next and so on.

Police dramas: Dragnet was a radio show first and is very well done, but I also recommend Broadway Is My Beat (follows NYPD detective Danny Clover) and The Lineup.

The Westerns; sure everyone remembers The Lone Ranger, Hopalong Cassidy and Red Ryder, and they are entertaining but were targeted for younger listeners. So my favorites are Frontier Gentleman, Fort Laramie (featuring future Perry Mason star Raymond Burr) and Gunsmoke. Radio's Gunsmoke which debuted three years before TV version is easily the best of the bunch. With a whole different cast (William Conrad was the voice of Marshall Dillon) Gunsmoke was much more than a western, they writers tackled issues of the 1950s like racism, xenophobia, domestic abuse while setting the stories in the late 19th Century American West.

Rick: These old shows sound pristine on the radio, which is really a challenge considering some of them 70 years old now. Is it just because I'm hearing them on AM Radio (and therefore not hearing the imperfections), or have they all been digitally restored?

Greg: When Radio Was and Sirius XM RadioClassics Channel 82 both get their content from Radio Spirits, the preeminent OTR company and yes they digital restore the shows, many of them transferred from the original recording medium including reel-to-reel magnetic tape, transcription wire and transcription discs (basically over-sized record albums)
Some of the original audio is so fragile, it falls apart during the restorations, so they often only have one shot to get them transferred before they are lost forever. Quite a remarkable process.

Rick: The show is syndicated into something like 200 markets, and it's also on satellite radio, and on-line at talkzone.com, but where are you yourself located?

Greg: I'm based in the Washington DC area, but as long-time listeners are well aware, do to my numerous on air mentions of Illinois, my heart is still in my native state.

Rick: I've seen a few old-time radio shows re-created live on stage, and it's truly fascinating to watch. Have you ever participated in shows like that, and if so, is there any way something like that might be coming to Chicago? 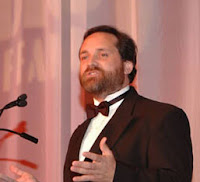 Greg: I have been involved in creating modern radio dramas, but at this point only in studio and not on the stage. One I am currently working on, "Western Law" is planned for a live performance before an audience. It is based on a story by friend and OTR fan Derek Haas (A Hollywood screenwriter who co-wrote "Wanted", The "3:10 to Yuma" remake and currently is co-writing the proposed NBC series "Chicago Fire".) It is my hope that we will be able to do more in front of audiences, and Chicago with such a thriving theater culture would be a great place to do one.

Rick: So, when you talk to someone that hosts a show called "When Radio Was", you can't avoid the question: What are your thoughts about "What Radio Is" now? Can it ever reclaim it's former glory?

Greg: I do believe that 10 years of satellite radio as well as all the internet radio has also spurred on the traditional radio stations to re-consider how they present their products. Not sure if it is improving, but I do think that listening to the past like shows played on "When Radio Was" trigger the creative juices of modern radio folks. It is contagious and very, very addictive.
Posted by Rick Kaempfer at 8:07 AM