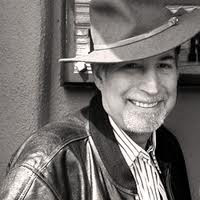 Dick Orkin is the owner of the Famous Radio Ranch, and one of most acclaimed radio commercial actors and producers of all time. He worked in Chicago radio at WCFL in the late 60s and early 70s.


Rick: I still think WCFL in the 1960s was one of the best radio stations of all time.

Rick: How did you get in the door there? 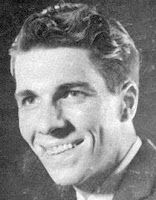 Dick: Ken Draper (photo) was a program director in Cleveland prior to that, and I worked with him there. When he moved on to Chicago, he invited me to come work with him again, and I accepted his invitation. We were together there for a few years.

Rick: Did you realize while you were doing it how special that place was--the sheer amount of talent in one place at one time--I mean here it is more than 40 years later and I'm still asking you about it.

Rick: Tell me about the creation of Chickenman. How did that start?

Dick: The origin of Chickenman was the direct result of the popularity of the television show "Batman". It was huge. It was camp. It was fun. Draper decided that each of the DJs should choose a campy superhero mascot, and for the Jim Runyon show, we came up with Chickenman. I sort of based the character on the Broderick Crawford sheriff character--that sort of straight, know it all delivery of his. It seemed like a fun thing to parody. It began with that. I wasn't thinking about a chicken.

Rick: A good twenty years after Chickenman ran originally, my alternative rock station was still running it. It really did transcend the time and format, didn't it? 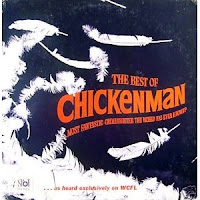 Dick: Oh yeah, no question about it. The funny thing is, it wasn't intended to run for that long. We were thinking maybe a month. That was the way Draper ran things. His style was to run with something for the short term, and then replace it with something new, to stay as current as possible. No one seems to remember that all of the personalities at the time had their own superhero mascot. Ours was just the one that caught on.

After it did, Draper decided to syndicate it from WCFL for a few years until I left the station, and then I bought it. Even after I left, it continued to run as a serial, and I continued creating new episodes. It probably still runs on a dozen stations or so. My brother, who handles that now, will still get an occasional call from radio stations around the country.

Rick: Chickenman, of course, wasn't your only radio serial. You also did "Tooth Fairy". How did that one come about? 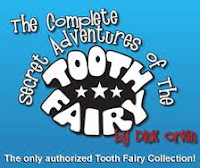 Dick: I only did Tooth Fairy as a follow up to Chickenman. It was requested by Draper. If I'm not mistaken, the Dental Association wanted a short term thing, a PSA sort of campaign, and it also became popular, and turned into a full fledged serial. Tooth Fairy ran on more stations than Chickenman did, but it didn't have the same life.

Rick: In the early 70s, you made the decision to leave radio--at least the structured world of working at a radio station. What led to that decision?

Dick: Well, the changing of programming at WCFL was the main thing. A radio rep firm came in and decided the musical format needed to change, and those changes didn't allow for enough time to keep Chickenman. It was really that. They did change their mind about it, but I wasn't comfortable with the new format. Plus, I was production director by then, and that just wasn't as fun for me. I also wanted to go into business for myself, and I found a partner that was willing to do it with me, and the timing just seemed right.

Rick: I think it's safe to say that your radio advertising work is just as famous, if not even more famous than your earlier stuff. Everybody has a favorite Dick Orkin spot. What have you figured out in those dialogue spots that no one else can seem to figure out? Is it the writing, the acting, the timing?

Dick: I don't know how to answer that. I just did it. You know, my background was in theater--I went to the Yale School of Drama. So I was far more interested in the dialogue, and creating real characters. My partners and I, first Bert Berdis, and then Christine Coyle (photo), would discuss our days and what was happening to us, and that's where a lot of those ideas came from. Real life. Our characters and scripts were based on people we knew. Our families and friends.

Rick: In 1978, you decided to relocate to Hollywood--the current home of the Famous Radio Ranch. What was the reason you did that?

Dick: The bill collectors were chasing me (laughs). Just kidding. It was the weather. Honestly, I was suffering from respiratory problems, and the weather was just making me sick. That's really the reason we moved out here.

Rick: There are fewer and fewer advertisers focusing on radio advertising these days. What is it that they are missing about radio's potential impact?

Dick: I don't think they see it as a theater opportunity. There are no limitations to radio--they don't think of it that way. Radio has the advantage of creating any stage you want, with a limitless cast of characters, in any location in the world, your imagination is your only limitation.They're so stuck in that straight spot with a single announcer. Their concept of dialogue is a rote, 'he said, she said' thing, and they don't really deviate from that.

Rick: Your list of admirers is long and distinguished. At least a dozen of my previous interviewees have mentioned you as an influence. Whose work do you admire, then and now? 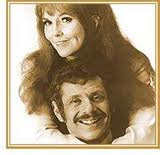 Dick: Back then I was an admirer of Bob & Ray and Stan Freeberg, and people like that. I always loved the husband and wife team Stiller and Meara (photo). I actually got to know them for a period of time and we frequently talked to one another in New York and Chicago. They did a Blue Nun commercial that really changed radio in the late 60s, early 70s, which, by the way, was also based on their own experiences and their own lives.

As for who I admire now, I really regret that there isn't anyone I can think of. I wish it wasn't so. When I hear spots on the radio today they are usually pale imitations of sitcoms.

Rick: You're in several broadcasting Halls of Fame, but in 2010 you asked the NAB to take down your plaque in the Broadcast Hall of Fame because you didn't want to be associated with Rush Limbaugh after his tacky comments in the wake of the Haiti earthquake. Do you still feel that strongly about that?

Dick: There was a whole series of things he said, that was just the last straw for me. It hasn't changed. He's still out there with his foul-mouthed racist attitudes. The foul mouthed stuff didn't bother me. I always loved Howard Stern. It's the racist stuff--there's just no call for that. But Rush just doesn't know when to stop. And the targets he chooses--like the college student Ms. Fluke. He just attacked her again the other day. He has a marvelous opportunity--there are so many pompous and stupid politicians to make fun of, but he's so pompous himself, he can't recognize the opportunity. He's a great talent, but that talent is simply wasted doing what he's doing.
Posted by Rick Kaempfer at 6:30 AM