Carla Leonardo is a weekend disc jockey at the Drive, WDRV-Chicago, 97.1 FM

Rick: I know you've been in Chicago off and on for years, but what is your home town?

Carla: Chicago is my home town. Grew up on the West Side, in what was called the Island.

Rick: You have to tell the story about how you got your first job in radio, because I think it's one of the most unusual radio stories I've ever heard. 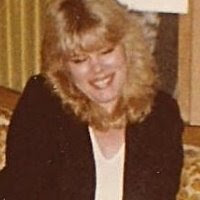 Carla: I had moved to Puerto Rico in the early 70's, to live with a guy who used to be a jock on WGLD in Oak Park. They were the station that had jocks named Psyche and Scorpio...and the man I lived with, Charlie Brown. I had been a stenographer by profession, but my services weren't exactly in demand in San Juan. I worked as a bartender in a few places, and in what turned out to be the last bar I ever worked in, I met a guy named Georgie Jay. He was from New York, and became a regular in the bar. Georgie was totally in love with WNEW-FM, then the shining FM beacon of progressive radio, and wanted to start his own station--a brokered deal. He came into the bar one night and asked me my sign. I told him "Gemini", which turned out to be his sign as well, and he wanted Gemini's on the air. That, my friend, was the inauspicious start of a long career.

Rick: You've worked all over the country (and a few other countries for that matter), but this is your third stint here in Chicago. The first one was at the Loop in the late 70s. Talk about what the station was like when you arrived, and what your role was on the station.

Carla: The station was one of the coolest places to work at. Patti Haze (photo), Dave Logan, Bill Evans, Tommy O'Toole, and Garry "Mondo" Meier, who was working overnites at the time. All the big bands used to come thru, and those that were definitely on the way up: Van Halen visited on their way to Haymakers! I was morning news/traffic/sidekick to a couple of really great guys: Ken Noble and Les Tracy. I feel lucky to have had a chance to work them. I also met a young intern there, who later went on to become a brilliant programmer and power in radio, none other than Greg Solk, my current VP here at the Drive!

Rick: There must be a few good stories about some of the craziness that was going on at the Loop back in those days. Any you're willing to share? I'm sure the statute of limitations has expired.

Carla: Well, I think the statute of limitations has run out so I can tell you one story: There was a huge Loop show and the boys were keeping out the girls...specifically, the women who worked doing all the support stuff we needed to function. I wasn't really happy about that and made it clear. There was some disrespecting going on and it didn't get resolved well backstage. I'm Sicilian, which means I don't forget. So at a Loop staff party at some Division Street bar, I hired some guy to pie one of the biggest offenders, Tommy O'Toole! Tommy was always a most put-together guy, pressed jeans, etc., and I don't think I've ever seen anybody move so fast! He was in that bathroom, rinsing off and fixing his hair before the whipped cream had even settled.

I also remember one of my morning partners, Les Tracy--an absolutely wonderful guy--who was a little too candid in an interview with the Reader. He told the interviewer that he was "real good at being 'sincere'". XRT got some mileage out of that.

Rick: Your second stint in Chicago was at Q-101 in the mid-80s to the mid-90s. That was really two totally different stations during your time there. First it was an AC station anchored by Murphy in the Morning, then it was an alternative station. Which one was a better fit for you?

Carla: Hard to say which was a better fit. I didn't like true AC, so the time spent in that format had me going home at night and playing the Sisters of Mercy "This Corrosion" over and over. Anything to take away the sweet taste. I love alternative and actually put a lot of work into the format, but I didn't really live the lifestyle: I've never been fond of plaid flannel. But I loved it.

Rick: If memory serves, you were the one to debut that alternative format. Talk about that day, and the reaction you got from the listeners.

Carla: I did start the new format off, with the Cure's "Friday I'm in Love". What a trip. After so much work and so much joy, I was incredibly nervous to start it off. All the big wigs from Emmis were there adding to the pressure. But it was an instant hit, so that helped.

Rick: Do you have any favorite memories from your time at Q-101?

Carla: My absolute favorite memory was Camper Van Beethoven (photo) coming up for an interview, discovering the container of nitrous, and singing Sinatra songs. Love those guys! Another thing I was over-the-moon about was the Local Music Showcase. I was lucky enough to get the show approved, and that was my baby. I met so many great local bands, heard so much talent, and went to many a show to support them. I'm very proud of a CD I produced at the time called "Random Acts", which was a benefit disc for Clara's House, for abused women. There's some great music on it and I think a lot of the songs would be relevant even today.

Rick: And now you've been part of the Drive for the last ten-plus years. It seems like every time I turn on the Drive during the weekend, you're on the air. You sound like you were made for this format. Are you as comfortable with it as you seem to be?

Carla: Yeah, this format is second nature! I'm thrilled to be here, too. This is without a doubt the most professional bunch of people I've ever worked with. A true blessing.

Rick: Your station is the one station that my entire family can listen to without complaints from the peanut gallery (my three sons are 16, 13 & 9--and love classic rock). Are you surprised by the wide variety of ages that listen to music that is essentially twenty, thirty, and forty years old?

Carla: I think I am surprised. I always figured each generation had its own voices. I'm not complaining, understand. I mean, one of our slogan's nailed it: the greatest music ever made. I compare nowaday music to the pre Beatles days. There's social unrest, yet the music is, in my opnion, incredibly banal. Something new may be born.

Rick: In your time in Chicago, you've worked with some of the biggest names in the business. Who are some of the Chicago radio pros that have had the biggest impact on your career and why?

Carla: The crew I work with now. I really am in awe of how very talented everyone here is at the Drive.
Posted by Rick Kaempfer at 6:30 AM