Mark Edwards is the director of programming for KEZK and KYKY-St. Louis, but in the 1990s he helped build WLIT into a local powerhouse.

Rick: First of all, I have to ask you this. What is it like being a die hard Cubs fans in the middle of Cardinals nation?

Mark: Its actually a lot of fun. Cardinals fans are WAY more intense about their dislike (its not quite hatred, but close) for the Cubs than Cubs fans are about the Cards. I take advantage of showing my love for THE TEAM OF DESTINY as often as I can, and I have tons of Cubs stuff in my office, including a picture of me at my first Cubs game when I was 4 years old. The die hard Cards fans hate having to visit the Programming Den, especially when the Cubs are doing better than the hapless Cards.

Rick: We remember you in Chicago, obviously, for your incredible run at the helm of the Lite. I can't believe it's been almost ten years since you left that station. What are some of your fondest memories from those years?

Mark: First, landing a truly dream job. I grew up in Chicago, learned to love radio by listening to everthing from WLS to WCFL to WBBM when I was a kid, and always wanted to work at a Chicago radio station. I was in Worcester, MA, the 101st market, when the call came from Phil Redo to join him at WLIT. We got there in January of 1990 and the situation was dismal. We were the fourth out of four AC stations in the market. We did our research, made a plan, stuck to it, and after about six long years became the only AC station ever to be #1 25-54 adults. It hadn't happened before, and it hasn't happened since. When Phil and I got to the station in 1990 we told the staff that we could make it number one 25-54. They thought we were nuts, but we did it. We had a great team in those days, and everyone's dedication and talent got the station to those lofty heights.

Rick: During the 1990s the Lite absolutely dominated in the ratings in Chicago. Why do you think that's no longer the case?

Mark: I could say that there was a bonehead decision to fire me in 1999, but while that would be a true statement, that would be mean. I think the market has changed considerably,both demographically and competetively since those days, and once LITE got huge, people started trying everything they could to slice a piece away from the station here and there. The station didn't stay focused after it left Viacom's control, and listeners went looking for something they liked better. One of the great tools we had when Viacom Radio owned LITE was a hefty marketing budget with impactful messages. That went away as soon as Viacom sold the station and its never come back at the levels it once was at.

Rick: You've worked for all of the major radio conglomerates, including a stint with CBS, Entercom, Bonneville, and the company that eventually became Clear Channel. From a corporate perspective, how do each of these companies approach their product differently?

Mark: CBS is a tremendous company led by programmers, and they have a lot of respect for the product. Right now, I can't think of a company more committed to content, no matter what the delivery platform is. That committment goes through every cluster CBS owns, and we've got some new innovative things on the horizon. I've been with CBS in St. Louis for almost five years now, and I know the other companies have changed since I've worked for them, so its hard to talk about each of them. I follow the Chicago market closely and I admire what Bonneville has done wth its cluster. Their performance in that market is quite impressive.

Rick: You've also had the chance to work with a lot of talented air personalities. Why do you think the relationship between management and talent can so easily become adversarial, and what are your tricks to avoid that from happening? 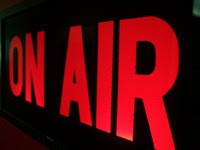 Mark: I think sometimes management doesn't let talent do what they were hired to do. Whether its a big money morning man, a rookie weekender, or a PD, you have to let your people do their jobs. I have a tremendous amount of respect for great Air Personalities, partly because I was never that good on the air, but mostly because I've always tried to build a team with people who are specialists in what they do. When you clamp down on any kind of talent, you don't let them do what you hired them to do, so I'd rather let them do their "act", critique when its necessary, and make sure they know their limits, whether it be what they can talk about or how long a bit should be. Great local talent will always be broadcast radio's best weapon, and you have to let them be themselves as well as good station ambassadors on and off the air.

Rick: You've obviously proven that you know your stuff when it comes to the soft-rock/adult contemporary format--your track record speaks for itself. People have been predicting the death of that format for years now, but it seems to persevere. What do you think are the strengths of adult contemporary, and what are realistic expectations for what that format can accomplish in this new people meter world?

Mark: Adult Contemorary radio, no matter what flavor it is, has a very bright future if the station is well positioned. The key is to intimately know your target audience, super serve them, and make sure everything your station does makes sense to them. That includes music, promotions, personalities, web content, everything associated with the brand. Adult radio will do very well in the PPM world, and smart programmers will fine tune their stations to take advantage of the new methodology. You don't have to give the call letters after every song in a PPM environment, but you've got to give people reasons to keep on really listening to your station, not THINKING they listened to it when they fill out a diary.

Rick: I know you're a big fan of using new media to help super-serve your target audience. What are some ways your stations in St. Louis do that?

Mark: Of course, we stream both AC KEZK (Ikezk.com) and Adult Top 40 KYKY (IY98.com) and have for a long time. We're using the robust new CBS streaming player that delivers lots of visual content along with an incredible quality stream. You can also hear our stations live on AOL Radio and the iPhone. We've got two HD2 channels on the air now and plans for more. One web-only stream will be re-launching in September, and there are plans for more very specialized web and HD services after that. Content is king, and we'll put it out on whatever delivery platform consumers want. AM and FM radio will always be important, because they can and should be very local. We'll be offering content that is especially for St. Louis on new delivery platforms, but there are lots of other new and exciting services in the pipeline that will have literally worldwide appeal.

Rick: Who are some of the radio professionals in the Chicago market that you admire and why? 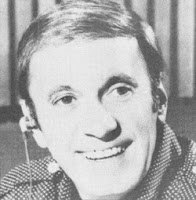 Mark: The late Art Roberts was kind enough to let me sit in with him at WLS when I was a very young kid. I'll always remember those times in the old Stone Container Building. When I was 5, I did two weeks of Romper Room on WGN TV, and that's when the TV and radio stations were both on Bradley Place. I got to see Wally Phillips (photo) work one morning and I knew then that I wanted to do what he did. John Gehron is an exceptional broadcaster, and I've always admired hm professionally and personally. I grew up listening to tons of incredible Air Personaliteis, too many to mention, but I learned and admired all of them. Buddy Scott was once the PD at B96, and he was the first person to put me on the radio as a 14 year old guest DJ at WIFE in Indianapolis. I'll never forget that night, and I still have the tape of what was a horrid broadcast to this day. Dave Martin, Jhani Kaye, Jim DeCastro, Larry Wert, Drew Horowitz, Barry James, and so many other people were very kind to me during my time in Chicago and since, and it was an honor to be able to travel in the same circles as those giants of Chicago radio. Dave Robbins, Norm Winer, Derrick Brown, and Tom Langmeyer are world class broadcasters in the market today, and I admire them greatly.

Rick: And finally, most importantly, is this finally going to be the year of the Cubs?

Mark: If they can stay healthy, this is their best chance in a long long time. Let's just say I've got the vacation request forms ready to be turned in to I can see some October baseball at Wrigley Field.
Posted by Rick Kaempfer at 7:10 PM