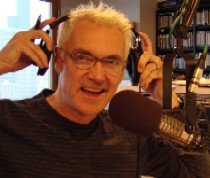 John Fisher was a Chicago radio fixture in the 1980s and early '90s. He was known as "The Fishman" during his successful stints at WMET, WCKG, and the Loop. In 1992 he left Chicago for Seattle, where he still mans the afternoon shift every day at The Mountain KMTT 103.7 FM 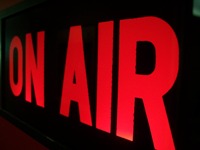 Rick: Who were your radio heroes?

John: The top-40 jocks at CKLW in Detroit and the progressive jocks at WABX in Detroit, where I grew up. From Chicago, it was John Landecker beaming across the lake to northern Michigan during summer vacations and Steve Dahl.

Rick: What is your most memorable brush with (celebrity or newsmaker) greatness of your radio career?

John: Ever since I was 18, I've been a hardcore Steely Dan fan (I know, it's a small club.) Over the years I've interviewed them and met them on tour, and that alone was thrilling. But when Walter Becker of the band came up to me backstage in San Francisco and said, "Hey, John from Seattle, good to see you," the fact that a musical idol of mine actually knew who I was kind of blew my mind unlike any other celebrity encounter. Also, there was the time Don Rickles called me a hockey puck.

Rick: What is your favorite thing about Chicago?

John: People say what they think -- they aren't obsessed with political correctness and being polite to a fault like we are in the Pacific Northwest. And I really miss that accent.

Rick: What is the worst advice you ever got from radio management?

John: "If you can't say something in seven seconds or less, it's not worth saying." Even THAT took less than seven seconds to say. At least the guy followed his own advice.

Rick:Do you have one of those recurring radio nightmares?

John: Oh yeah. The usual stuff. As soon as I start a song it's like 15 seconds from ending, I don't know what any of the buttons do, sound won't come out of my mouth, I can't reach the microphone, an Amber Alert keeps flashing on the screen -- and the kid that's missing is me.


Rick: Finish this sentence: "If I were put in charge of the radio business today, I would..."

John: Act like all my stations are locally owned, and let local people run them the way they want to.
Posted by Rick Kaempfer at 12:03 AM