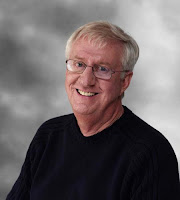 Tommy Edwards is a Chicago radio legend. He can currently be heard on K-Hits (WJMK), and he is the operations manager of several channels of AccuRadio's Chicago Radio Online.


Rick: First of all, good to hear you back on WJMK. This is actually your second go-round at this frequency, isn't it?

Tommy: I guess you could say it's my third go around. The first occurred in early 1986. My WLS contract expired in November 1985 and I was offered a 10 year deal but decided it was time to move on. I took the month of December off and shortly after the first of the year I went to New York and was offered a prime position at WCBS-FM. I decided it wasn't right for me so I came back to Chicago and had discussions with a couple of stations.

One day Harvey Pearlman, GM of WJMK, called and said he needed someone to fill in for Joel Sebastian who was ill and all he needed was a couple of weeks of work. I agreed and tragically Joel passed away during that time. So Harvey asked me to stay permanently and I wasn't sure that's what I wanted to do. I decided after the Bears won the Superbowl to resign and program WKQX. After a couple of years Harvey invited me to lunch and convinced me to come back to do mornings at WJMK. I did that until late 1989 or early 1990 and left for Boston to program WODS for CBS Radio. That lead to two years in Boston and I was transferred to Los Angeles to program KCBS-FM for about 12 years.

Rick: I interviewed Gary Spears a few weeks ago, and he agreed with me that this format is very reminiscent of WLS back in the late 70s or so. You were part of that powerhouse lineup in those days, and you've started doing this format now too, so I suppose I should pose the same question to you. Does it feel similar?

Tommy: K-HITS feels a lot like WLS in some ways. I guess the music is most associated with my days at The Big 89. The jingles and the encouragement of the programming staff to have a clear Chicago personality in our delivery which also reminds me of those days at WLS.

Rick: You've worked at many stations in Chicago, but people probably remember you the most from your time at WLS. There aren't many people that can claim quite as much of authorship of that memorable era than you; as program director, production director, and of course, air personality. Looking back on that era now, what do you think was the secret to Music Radio WLS' tremendous success?

Tommy: I feel very proud of the time I spent at WLS. It was a time of great AM radio between WLS and WCFL. I believe the secret to WLS had many elements. I hired Bob Sirott (photo), Yvonne Daniels, Steve King and music director Jim Smith. I changed the moniker of The Rock of Chicago to MusicRadio WLS. And when I left the programming position and went back on the air, the station had a very unique environment. John Gehron was the new PD and our whole staff was very tight. We would socialize together, dine together and we spent a huge amount of time in the production studio creating terrific promos and spots. Remember we had American Federation of Musicians record-turners - the only people that could play the actual records. So production was always a fun challenge.

But the huge promotion we created while I was PD was "What's Your Favorite Radio Station - - say WLS and Win!" That carried us a long time and provided the mechanics to the biggest promotion we ever did - "Track On Down To Walt Disney World". The Disney execs came to us and said that their research showed east coast people vacationed in Disney World, west coast people visited Disneyland and they wanted to tap the huge mid-western market. So WLS was the first radio station they ever did a promotion with outside of Orlando, Fla. We were very honored and we built a giant promotion of sending three trainloads of people on Amtrak to Disneyworld - all expenses paid.

That major contest was followed by the Forty Ford Giveaway - Forty Fords to forty winners! The Disney World promotion set the bar extremely high. WLS had exceptional talent on the air, exceptional talent in the promotions, engineering, marketing, sales and every other department of the radio station. It was a very unique experience - and you know what? We didn't realize how influential it was to the rest of the industry. That became evident later.

Rick: Do you have any favorite memories from that time?

Tommy: Along with having fun in the production studio, we did cause some mischief. The time we spent calling listeners to ask them about their favorite radio station, we used the outgoing news telephone lines. Our special studio for that was small and located in the isolated area of the station. We could hear our news people making outgoing calls to news sources. Well on more than one occasion after our news person was put on hold, I'd pick up the phone and say: "Peacock. This is Ted Peacock can I help you?" The news person would identify themselves and we'd chat - not knowing it was actually me and my production engineer Al Rosen. They'd ask for a statement and I'd start to come up with something until I heard a click on the other end and stop talking. The real news source would start the conversation and our news person would say: "never mind, I got what I need from Ted Peacock". Well, then it would get very funny when everyone would be searching for this guy Peacock. We eventually got caught by the news director. But we were all known for causing mischief and having fun. (Photo above: Tommy Edwards in the WLS Studio, from Scott Childers excellent WLS History site)

Rick: Of course, you were also the co-host of what may be the most famous bit in Chicago radio history; Animal Stories. I listened every day when I was a kid, but I don't remember how it started. Is there a good story there?

Tommy: I'd spend about a half-hour in Studio A next to Larry preparing for my 10am-2pm show. We did a lot of True Value Hardware live 60" spots and sometimes I'd chime in and make comments and he and I would start laughing. Management wasn't all that happy about that until True Value mentioned they loved the spots. 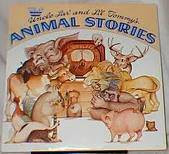 WLS' FCC License required one minute of agriculture news each day for several years and Larry would find stories about farm animals. I'm not sure when that requirement ended. One day Larry mentioned that he had a couple of stories about animals and he was going to intro it as "Gather the moppets around the radio, Moms and Dads. It's time for Uncle Lar's Animal Stories with his little friend, Little Tommy". I said "OK, call me Little Snot Nose Tommy". So he did and that's how it started.

The first T-Shirts WLS created had artwork of a rooster with a hat on with "press" on it and a wrap of "Larry Lujack's Animal Stories". It evolved into the Uncle Lar and Li'l Tommy beavers and became the main promotional identity of the radio station including re-painting the promotion van from the "Magic Bus" to the "Animal Stories Mobile Unit". We did movie trailers for the Plitt Theatres and we even had a flavor of ice-cream named after us one summer.

Rick: When I was producing Landecker's show on WJMK we had both you and Larry on the show for John's 50th birthday, and I believe that was your first time on the air together in something like ten years. At the time you were preparing to release Animal Stories on CD. I see that they're still available now.

Tommy: Larry and I own the service mark of the name "Animal Stories" and the recordings. We released them on vinyl discs a number of years ago and since that time we have made them available on CD. Plus, there are recordings made after we left WLS. So there are five volumes now with Volume 1 out of print at the moment. But they're all available at www.animalstoriescd.com

Rick: If you don't mind, I'd like to take you back even further. What was it about radio that drew you in the first place, and how did that journey eventually bring you to Chicago?

Tommy: I was in a lot of theater in school. As a sophomore in high school, I had a part in a school play where everyone else in the cast was a senior. One cast member was also a DJ at the local radio station in Topeka, Kansas. I asked if I could visit him at the station, KTOP-AM, and I eventually got a job as a "go-fer". I'd prepare newscasts, update the weather, run and get food and drink for the jocks and anything else they wanted me to do. And I didn't get paid a dime. Eventually I got a paying job watching the Associated Press teletype machine and listening to the police radios. And from that I started reading news on the air and when the all-night DJ called in sick, I volunteered to do the show and the manager liked it and gave me a weekend shift. Years later I worked in suburban Washington, DC, at WEAM-AM while serving in the Pentagon in the U.S. Navy. And after a few years I was offered a weekend shift in New York City until I was discharged from the Navy and then began a full time midday shift on WOR-FM. From there I came to Chicago and WLS.

Rick: You've actually been in programming many times in your career--and you continue to program portions of Accuradio's Chicago Radio Online. Do you actually prefer it to being on the air? 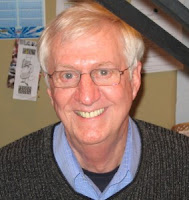 Tommy: Honestly I enjoy both a great deal. I am Operations Manager of 9 Chicago Radio Online channels. At radio stations I love working with talent and the other departments to create promotions and spots and enjoy listening to the end result 'out of the box'. And I really enjoy working on-air where the talent is encouraged to be creative like it is working at K-HITS.

Rick: I also can't let you go before I ask you about your time with the Bulls. You've been the PA announcer for the Bulls for the past five years, but you also did it for many years before that (1976-1990). Unfortunately for you, you missed the championship years in that window you were gone, but you must have a few favorite Bulls memories from your front row seat. 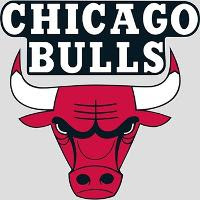 Tommy: I love basketball and I feel very fortunate to be able to go to every Bulls' home game and sit at center court. Mary Lou and I have made friends with colleagues and players including being godparents to a former player's daughter. I haven't been fortunate enough to enjoy a championship season at the table, but I have a great deal of respect for the Bulls organization. It's a very classy bunch of professionals. Watching great players up close like "Pistol" Pete Maravich, Magic Johnson, Michael Jordan, Kareem Abdul-Jabbar, Derrick Rose and Jerry Sloan has been a highlight in my life.
Posted by Rick Kaempfer at 9:03 AM