Bill Gamble is the program director of US-99 and Fresh-FM (105.9) for CBS Radio in Chicago.

Rick: First of all, congrats on your return to Chicago. It must be nice to get handed a top rated station (US99)—that doesn’t happen to program directors very often. I’m guessing that your motto will be: “Don’t fix it if it ain’t broke.” Am I right? 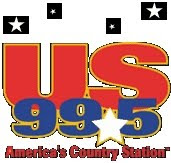 Bill: It really is a machine. People come and go and the machine keeps rolling. It was rewarding to get it to #1 in September. But you know how it is. It’s so competitive in this market; it can change overnight, especially with PPM. I’m lucky. This is a radio station that has great relationships with the artists and the community. We’ve got great people in mornings, middays and afternoons; our marketing director’s been here for ten years. It’s a special place, and hopefully I won’t wreck it. (laughs)

Rick: I didn’t realize that you had a background in country radio until I researched for this interview. Your last stop in Colorado was a country station, wasn’t it?

Bill: Yes, that’s true. I left Chicago and ABC in Sept 2005, and went to Denver with CBS in 2006. I programmed the country station there, called the Wolf, but I also programmed the Hot AC, and the Oldies station.

Rick: You see, to me, that’s the most fascinating part of your radio resume: the wide variety of formats you’ve programmed. I had a short stint programming an AOR many years ago, and I know that it takes a great deal of musical knowledge to do one format. You’ve done no less than seven or eight different music formats. How do you manage to do that?

Bill: I think you get to the point where you realize what the job is. The job is not breaking new artists. It’s not making a musical statement. As program directors, we’re really just glorified customer service reps. (Photo: Bill with 94.7 staffers in Fall of 97--Scott Dirks, Bob Stroud, Scott MacKay, Zemira Jones)

I had a Tom Petty album behind my desk at Q-101—that’s what I personally like. But you give the audience what they want. If you do that, it will work out okay. There are some programmers that create this wonderful tapestry and I get that, but even more now with PPM, it’s clearly just as simple as asking: “What do you want?”

Bill: That’s part of it. Research, experience, retail sales, market knowledge. I’m a big believer in knowing how things work in a certain market. Knowing the promoters, knowing the past, having experience. The great thing about having that time off between jobs was that it helped me get back to thinking like a listener.

Does it really matter if I play the power recurrent out of the stop set? (laughs) I don’t think so. The listener isn’t thinking about that. He or she is thinking about flu shots, or the Bears, or the rain. Realizing that makes you a better programmer.

Rick: You’re also programming Fresh-FM, which is an AC or Hot AC station. You’ve been there a few months now and made a few changes. Where do you see Fresh-FM fitting in on the Chicago radio spectrum? Who do you consider to be your main competitors?

Bill: I would put it slightly differently. It’s who do we consider to be our target? We’re targeting women. We believe there’s an opportunity in this market to get contemporary women. Our approach is slightly different than the other stations. It’s not about talk. It’s not about contesting. It’s about: Here’s the song, I hope you like it. Here’s the music. That’s how Fresh is different. From the cume point of view we’re always in the top ten, so people are checking us out.

Rick: You’ve made some personnel changes since you arrived. Mike LeBaron was let go. Roxanne Steele was hired. Brooke Hunter, who you’ve worked with at several stations previously, was recently brought on to do a weekend show.

Bill: Yes, Brooke is doing a Friday night 90s show cleverly titled “Friday Night 90s” and will do some fill in stuff from time to time. And yes, we hired Roxanne Steele to do afternoons for us, and she’s doing a fine job. Rick Hall is filling in for mornings for the time being, and he’s done everything we’ve asked of him.

Bill: We’re looking for someone that can get us numbers. I’d rather not say any more than that right now.

Rick: You’ve obviously tried both approaches at your previous stops in Chicago. You’ve worked with big time talent like Murphy and Kevin Matthews...

Bill: And Morton Downey Jr. and Chet Coppock back at WMAQ.

Rick: And some great music jocks too. As a programmer, do you have a philosophy of dealing with talent?

Bill: I think the answer is yeah, I do. Treat them all as individuals. They’re all different. There isn’t a silver bullet for dealing with all personalities. What works with one won’t work for another. For instance, Kevin Matthews (photo) is different than everyone (laughs).

And boy, this market more so than any other market, has world class talent. All you have to do is leave Chicago for a little while to appreciate how great the talent is here up and down the dial. It’s simply not as good in the rest of the country. Radio matters to people in this market.

Rick: You are considered an innovator in the business because of some of the formats you started—especially in the modern rock realm. You created that first Q-101 modern rock format many years ago. Then you created the Zone, which went through a stretch where it was also an alternative sort of station. Is it true that you had planned to unveil the new Zone format on September 11, 2001?

Bill: It was actually the 12th, but yeah. Can you believe that? We were set to go, and we had really been working on it. You know all the work that goes into that stuff, and then we all got caught by surprise. I guess everyone in the country did. I walked into the station, and everyone was in the conference room when the first plane hit. Then the second.

I was watching the TV, and then I realized, wait a second here. We have people on the air, and we need to cover this, and there was that lag time while we were all mesmerized. We decided to simulcast with WLS, which was our sister station, and we ended up doing that for the better part of the next month or so.

Now every programmer I know monitors things much more closely. We all have a browser open, or we’ve got the television on with the sound down.

Rick: So how long was it before you got the format up?

Bill: I think it was about a month.

Rick: What are your thoughts about that format now? Has it outlived its usefulness or is it still viable?

Bill: I haven’t done it for awhile, so I’m not really on top of it. It’s hard to say. If you look nationwide, there aren’t many stations programming it, and the ratings aren’t that great for the ones that are, but that doesn’t mean young listeners aren’t out there.

Contemporary hit radio, for instance, is getting tremendous PPM numbers. The idea that youth won’t listen to radio isn’t true. I’ll admit that back in the day it was difficult to program to 15-25 year olds, because advertisers wanted older listeners, but there are some healthy radio stations in this town (B96 for instance), programming contemporary music.

As for the alternative scene, people that have studied this—people much smarter and tuned in than me—say that the whole scene really ended the day that Kurt Cobain killed himself. After that it became so derivative—meanwhile Dave Matthews was selling 20,000 tickets in colleges. (Photo:Q-101 staff early 90s: Dave McBride, Brian Peck, Robert Chase, Bill Gamble, Hedi Hess, Steve McEwen, Mark Goodman, Carla Leonardo)

The audience directed us in a new path. The record companies tried to shove Limp Bizkit down our throats, but the audience told us something else. The great thing about PPM is that we used to feel like we were driving the bus, but we obviously weren’t. The audience figures it out. We follow them.

Rick: Now that you’ve been back in Chicago for a few months—what is the best part of being back?

Plus they have like seven feet of snow in Denver now. (laughs)
Posted by Rick Kaempfer at 9:06 AM