Mary Van De Velde is the afternoon traffic anchor at WGN Radio, 720 AM.


Rick: I think its safe to say that your world has turned upside over the past few months. After a long stable life in the morning traffic anchor chair at WGN with Spike O'Dell, you're now doing afternoons. How has that transition gone for you from a lifestyle perspective?

Mary: Okay...stay positive now...I have to tell myself that because instead of giving something up for Lent, I'm trying to be more positive. Yeah, right! Anyway...my life has actually turned upside down since I switched to afternoons. On the bad side, I miss being home with the kids after school and helping with homework and also being chauffeur to my youngest and all his activities. I especially miss coaching track, which is my passion. I'm hoping I can sneak away during a Cubs broadcast and make it to a few practices. On the good side, I don't have to cook dinner - which I hate, and I get to sleep 8 hours a night for the first time in about 16 years!!

Rick: I'm guessing the change from Spike to Steve Cochran is a bit of a transition too. Spike's show was meticulously planned out (a necessity in that time slot and format), while Steve is notoriously off-the-cuff and spontaneous. Has it required a different mindset for you?

Mary: I'm definitely sitting on the edge of my seat working with Steve (photo). He is so hilarious and quick...I never know what he's going to say. I'm hoping once I get to know him and his timing better, I'll be more "with the program". For now, I'm just going with it, knowing traffic may not always be "on the sevens"!!!

Rick: You've also now worked with what seems like a hundred different people in that 1-4 time slot, many of whom you've never worked with, and a few you've never met. How has that been going?

Mary: I never thought I'd be working Jerry Springer and Garry Meier (photo) all in one week, but here I am! It's definitely been an adventure and work is never boring. We've also had almost every other host on WGN trying out for the position, not to mention the superintendent of the Tribune Tower. When the lady who waters the plants gets an audition, I'm going to go for it!

Rick: When I interviewed Spike just before he retired I got the definite impression that he wasn't a big fan of that "traffic at the 7s" format instituted by former program director Bob Shomper. (Spike said it felt a little like he was doing the Mary Van De Velde show). Spike has since moved on, and Bob has since moved on, but the format remains. What are your thoughts about that format, and do you think it's going to remain?

Mary: It's hard to say...it seems once we get used to one format, it changes again. I'm not a programmer and every program director has their own agenda, so I have no idea what will happen tomorrow...I could be doing weather on the 8's...oh wait, I already do that!! The format used to be a bit looser with traffic about three times an hour, usually done at the end of interview segments. At least now, the listener has a better idea of when the traffic and weather are actually coming!

Rick: You have been at WGN now through several different eras, and you've seen it change dramatically. Talk about how things are different today than they were when you began all those years ago.

Mary: When I first auditioned for this job in 1997, traffic was done in the Showcase Studio with this huge map with lightbulbs on it. When traffic was heavy, the red lights would come on...when it was fine, the green lights were on. It was hilarious...especially when the bulbs went out! Sometimes some pretty weird characters would wander by the windows and just stare...so I was pretty happy when Traffic Central moved to the inside studios. Over the years, traffic continues to be a learning experience, especially when all the tollways now have two names - i.e. I-90 is also the Jane Addams Tollway and formerly the Northwest Toll, and I-88 is now the Reagan Tollway, not to mention it used to be the east/west...very confusing, not only for us, but for the out-of-towners.

Rick: Do you have any favorite memories from your time there? 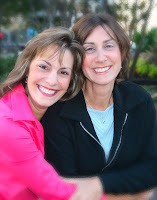 Mary: Working with Bob Collins was a great experience. He was hard to get to know at first, but I found him to be a very compassionate and generous man. Whenever he went out-of-the country, his wife Christine would pick us out very thoughtful gifts. I once got a silk jewelry case from China, which I cherish to this day. I'd have to say though... my all-time favorite memories are the early morning "meetings" with Spike, Andrea, and Jim Wiser (photo: Andrea and Mary). We rarely discussed what we were going to do on the show because Spike always had us cracking-up about something he usually found on YouTube or Sky-Cam....or he had some new gadget to try out on us. His homemade beef jerky helped us wake up in the morning!

Rick: Before you started at WGN you were predominantly a news anchor. You're a broadcast journalism major from the University of Illinois, if I'm not mistaken. (I never miss a chance to mention that). Talk about the difference between doing news and traffic, and which one do you prefer?

Mary: My plan was to continue with news and possibly head toward TV, but as most of us know...having kids changes everything! In between maternity leaves, I was having trouble finding a news job and a friend of mine, Jim Sharp at Metro Traffic needed a traffic reporter FAST since they were acquiring a new station - WSCR, the Score. I had no clue how to do traffic, but I was trained rather quickly and started within a week. I love anchoring both news and traffic, but I was not a very good news reporter - I always hated the idea of shoving microphones in people's faces for quick interviews. At least with traffic, you don't have to do that...but you do have to deal with irate listeners calling to complain about traffic jams! I guess if you ask which one I prefer...it's neither one...I'd much rather be doing full-time voice-over work or even co-hosting a show...WOW...I guess I have goals after all.

Rick: You really worked your way up the traditional way, by starting in small markets and working up to the bigger markets. I love hearing some of those small market radio stories. Want to share a few of your favorites?

Mary: I guess my favorite story is that I met my husband at my first radio job in the northwoods of Washburn, Wisconsin at WBWA. There were only two other women working at that station - the receptionist in leather and an older saleswoman....so when I got the job, I had three dates the first week. Of course, none of those dates was with my future husband (he waited two years to ask me out!). The only thing to do up there was go to a bar since the nearest theater was about 15 miles away, so it was quite different for a Chicago girl just out of U of I! More humor from a station I worked at in the Quad Cities - KSTT/ WXLP. When I left, the station was moving into a mausoleum and they wanted to put the newsroom in the crematory closet...nice!

Rick: A lot of people are concerned about the future of radio. Are you one of them?

Mary: No, I'm not that concerned...I think there will always be a place for radio. People want up-to-the-minute local information and they won't always get that from satellite radio or their I-Pod. Talk-Radio is always entertaining and I think listeners identify with certain personalities. It's kind of like a reality show on radio.
Posted by Rick Kaempfer at 9:03 AM