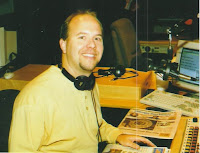 Joe Bartosch is one of radio's jack of all trades. He currently plies that trade with CBS Radio in Chicago, at WSCR, WBBM-News Radio, and Jack-FM.


Rick: I'll get to your on-air career in a second, but as a former producer myself, there was one thing that really jumped off the page from your list of jobs when I read it. You have produced both Roy Leonard's show and Rover's show. I don't think there's anyone out there who has a more diverse producing history than that. Tell me about both of those of shows, the similarities, the differences, the pros and the cons.

Joe: I'm glad you pointed that out - it highlights my incredibly amazing range. What can you say about Roy? (shown here with Joe) Legend, role model, great guy. Always prepared. He taught me one thing that many people on the air, even "successful" ones just don't get - it's a better conversation if you let the other person talk. Then respond to their answer. Too many people are so into themselves, or have an agenda, and it's a one-way street that doesn't include listening. Roy's was an established show, so my job was to keep it fresh and organized, toss in a few new ideas, and hang out with Roy and watch movies. He even bought lunch.

Rover's show was the most stressful time I've had in radio. Though my input on the actual on-air product turned out to be minimal. They weren't very much into taking suggestions from 'outsiders'. There were some guilty pleasures - like being part of a three-man crew shooting pool balls out of a giant slingshot at the show's resident crazy guy, Dieter. Once I saw we hadn't killed him, I laughed for an hour. Some of the goofy stunts were actually a blast.

Rick: Take me inside the Rover show. That show came on the air with so much pressure it's hard to even imagine what it must have been like (taking over for Howard Stern in several different Midwestern markets). How quickly into that experience did you sense it wasn't going to last, and/or do you think the plug was pulled before it had a chance to make it's mark?

Joe: I've managed to suppress most of the memories of those six months. It was amazing pressure for Rover (photo) and his crew - and maybe a no-win situation following Howard. We all came into it with high hopes and enthusiasm. I felt the one chance we had to make a mark here was to be a locally-focused "Chicago" show. They had some really good ideas - but weren't ready to take themselves out of Cleveland. So now they're back there doing well. They never embraced the audience in Chicago -- and that meant doom.


Rick: I previously interviewed Punnett, and I think that's a guy who wasn't given a fair shake in Chicago. You were his producer and witnessed what it was like from a unique perspective. You heard the complaint calls from the listeners, but you also helped Ian put his show together. How was that experience similar or dissimilar to the Rover one?

Joe: The experience with Ian (photo) - though it only lasted a couple of years - was at times tough, but generally a positive one. We had some really fun times. He had been brought in by one program director who was gone by the time he started. So the cards were stacked against him from the start. We did some great radio - the timing just wasn't right. I can see him coming back to Chicago and doing just fine in the future - if that's something he wants to do.

Rick: I love talking to people like you because you really know the radio business. You've been a music director, a producer, an engineer, a host, a traffic reporter, a sports anchor, a writer, an editor, and just about everything in between. Having seen the business from all those different angles, what have you learned about the business that people who specialize in one thing will never quite understand?

Joe: I find it amazing how much people don't know about what other people in their company, station, or even on their own show actually do. Part of it is they don't work their way up through the small and medium markets anymore - where you learn about everything - because you have to do it all. There's a lot of tunnel vision.

Rick: Which of those jobs is the most rewarding and why? Are there any jobs that you would warn people against ever trying?

Joe: Being a music director has been my favorite job, and in my dream world, I am programming a station playing all the 70's pop that I love and not under the oppressive thumb of consultants. Or becoming a consultant and putting my oppressive thumb on others. To my surprise, I've found in my latest jobs that I also really love to write, both serious news for 'BBM-AM and goofy, sarcastic cracks for Jack-FM. There's something about that creative process that's satisfying. As far as warnings - never take a job with a company where the checks start to come late or bounce just a couple of weeks after you've moved your whole life there. Not that anything like that ever happened to me..


Rick: You've been on the air in Chicago (off and on) for more than twenty years now. Currently there are a few different places that people can hear you, including the Score (WSCR). You've been doing sports updates there for quite awhile now, meaning you've probably done updates on almost every show. Which of the hosts have been the most fun to work with and why?

Joe: I've worked with just about everybody there but Mike (North ). The nice thing about the Score is that each show is very different. I've always had a good rapport and interaction with Murph - and Brian Hanley and Mike Mulligan have been really supportive - though I'm only on with them occasionally. In terms of sheer laughs - it's definitely Boers and Bernstein. They bring out the sports weirdness in me - and seem to make me dig deeper for the tangental, semi-obscure references I occasionally throw in. Both of those guys are nuts - especially Terry.


Rick: You're also the host of Super Groovy 70s, which is a syndicated show paying homage to the music of our childhood (at least yours and mine...I think we're about the same age). How did that show originate? 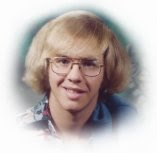 Joe: I started it on WGN when I was doing weekends. It later ran on WKKD-FM in Aurora for a while. When I was out of music radio and no longer had an outlet, I decided to do it simply for the love of doing it. And I have a couple of small, faithful affiliates who run it every week. Anyone across America (or anound the world) interested in more can go to www.supergroovy70s.com. I have a great fan of the show and friend of mine, Allison, who runs the website and has kept the show alive.


Rick: I know you've got your hands full with all of these projects, but if somebody was putting together the dream radio job for Joe Bartosch to take you away from all of this, what would it be?

Joe: Being Barry Williams' (Greg Brady) personal assistant. But if that's not open, programming a fun, upbeat music station with a ton of pop culture as part of the presentation would be it . I think HD radio would be a perfect vehicle for that.
Posted by Rick Kaempfer at 12:05 AM