Catherine Johns became a well-known radio personality in Chicago during her 18-year-stint at WLS AM 890. She is now the co-owner (along with fellow radio veteran Karen Hand) of Positive Changes Hypnosis Center on Chicago's North Side.


Rick: You've been a newscaster, a sidekick, a traffic reporter, and a talk show host. Which one did you like the most and why?

Catherine: I started out in news, mainly because back in the ‘70’s that’s where opportunities were opening up for women. I worked at all-news stations reporting and writing and reading the news; I considered myself a serious broadcast journalist, and I brought those skills to WLS. My sidekick role grew out of that. The WLS GM called us in one day and said he wanted Larry to “interface with the newspeople.” You know Larry – he’s not the kind of guy who wants to interface with anybody.

(He once told a Tribune interviewer the best time of his life was the summer he spent as a look-out in a national forest – alone for about three months!) But the interfacing turned out to create a pretty good show. And what a blessing for me – it gave me the chance to become a “personality.” It was also an opportunity to learn from one of the best in the business how to tell a story for maximum impact. And perhaps most importantly, when to shut up.

Much as I loved being part of Larry’s (and later Fred’s) morning show, I loved hosting a talk show even more … for the freedom, the opportunity to connect with listeners, the chance to play with words. But doing a solo talk show is quite challenging – you’ll notice, not that many people do it. What I’d really like is to do a two-person, equal-partners, don’t-call-me-sidekick talk show.

Rick: Lujack, Winston, and Landecker. Which one is the craziest?

Catherine: Well clearly, they’re all crazy. I was unbelievably lucky to work with such talented people. And I learned a lot from all of them. I also struggled a bit, working with all of them, to be honest. Larry (photo) was probably the toughest. I wanted so much for him to like me, and he was just so distant – I thought he didn’t like me. He must have known I worried about that. Get this – I was cleaning out my flooded basement recently; I found, in a box of memorabilia, a letter from Larry. It started out, “I like you.” But of course he went on to say, “There is one thing about your personality that bothers me …”

Oh, you probably thought I was going to tell you what that one thing was, didn’t you?

Fred’s silliness still makes me laugh. He and Jim Johnson and I had a lot of fun together. Fred (photo) is volatile – he blew up once in awhile. But mostly, it was a good show at a bad time. Those were the last few years of the music format at WLS: the competition from fm radio was fierce, the corporate honchos did some really strange stuff with the play list, and rumors about format change were rampant … it was difficult. With all the turmoil, there was a period of time when the station had no news director and no program director. We used to joke that WLS stood for We Lack Supervision. And we took full advantage of it.

John (photo) amazes me – he is so quick! I think he’s at his best when he’s spontaneous, playing off the people around him. There’s a reason people who grew up in Chicago still remember “Boogie Check.” I was lucky to land at WJMK, working with John and his terrific team. And it was challenging, too.

I always tell people I had a circular career path. Came to Chicago and sat down next to Larry Lujack, and laughed at his jokes, and fed him straight lines, and felt his muscle and told him how strong he was. I was 27, and it was the best job a girl could possibly have. Fast forward twenty years … and there I was, sitting next to John Landecker. Laughing at his jokes and feeding him straight lines, and feeling his muscle and telling him how strong he was. I was 47 … and that sidechick thing wasn’t nearly as satisfying. I struggled with that, and I suspect John did, too.


Rick: You were recently a part of the WLS Rewind over Memorial Day weekend. I listened most of the day and thoroughly enjoyed it. Then I watched the video Art Vuolo produced (www.vuolovideo.com) and enjoyed it all over again. In the video you look like you're having a great time. What was it like to get the old gang back together again?

Catherine: It was a hoot. Can I just say that Les Grobstein is exactly the same 20 years later? It tickled me. Of course I didn’t get to see Larry – he was doing the show from his home in New Mexico – but it was a delight to talk with him and Li’l Tommy and then later with Fred.

Interesting, doing the news in a 21st century way. Last time I worked in the WLS newsroom, we were using carbonless paper in our IBM Selectrics.

Rick: You were one of the few that managed to make the transition from the Rock of Chicago days to the talk radio format at WLS. Which one did you prefer and why?

Catherine: After years of doing the Larry Lujack Show and the Fred Winston Show … and even, after the format change, the Stacy Taylor Show … it was a thrill to finally be able to do the Catherine Johns Show. I loved being out of the sidechick role. And I really enjoyed the conversations with listeners. It’s amazing, the stories people tell! I relished the challenge of drawing out those great stories, and weaving together the calls that would make for the most compelling show. I also enjoy interviewing, and while I’d done a lot of that as a newsperson, having a guest on a talk show allowed for much more in-depth conversation.

But WLS was pretty hard-edged talk in those days, and that was difficult for me. The program director was all over me to be tougher (“Ya gotta be mean, CJ!”); that part, I didn’t love so much.

Rick: In the late-90s you and John Landecker did a music-based entertainment show together at WJMK. Recently you've done a few talk shows with John at WLS. How are those two experiences different? 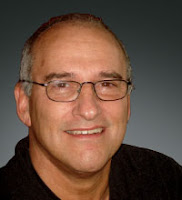 Catherine: You never hear “My Girl” on WLS! And, John (photo) and I have a chance to actually have fun, without some program director shutting us up all the time. There’s obviously a lot more opportunity for listeners to get into the mix at a talk station – I like that a lot.

Also, the WLS shows are closer to a real partnership; I don’t feel so much like a second banana. It probably helps that I’m not reading the traffic (badly!) every 15 minutes as I was at WJMK.

My sense is that if John and I could have done then what we’re doing now, it would have been a very successful morning show at Oldies 104.3. But then, maybe I’m crazy and the bosses were right. Maybe Oldies listeners really would rather hear “My Girl” one more time.

Rick: Of course, radio isn't your main gig anymore. Tell us about your business "Positive Changes" and has it lived up to it's name for you?

Catherine: I own the Positive Changes Hypnosis Center on Chicago’s north side, along with my partner Karen Hand (you remember her from B-96 and WCKG).

At Positive Changes ( www.positivechanges.com ), we work with people who want to lose weight, or stop smoking, or reduce stress, or relieve pain, or improve their sports performance, or … well, it’s a long list of changes people can make with hypnosis.

It’s thrilling to watch those changes happen – I can’t tell you how rewarding it is when clients begin to reach their potential. I love being part of that process for them.

And, certainly, it’s been a “positive change” for me! It’s also been a challenge. Karen and I are fundamentally performers (shown here with the Mike North morning show), not businesspeople. There’s been a lot to learn about running a business and marketing it and growing it. I have to say, I’ve enjoyed that too, even more than I thought I would.

Many of our clients are in some kind of transition – in their professional life or their personal life or both. It’s satisfying, working with them. I’m a big believer in reinventing oneself every so often. You know, leaving WLS was devastating. I’d been there for 18 years before somebody woke up one day and said, “I don’t think she’s that good.” Working at WLS was so much a part of my identity; it was very painful to lose that. And I truly couldn’t imagine myself doing anything other than radio. It’s all I’d ever done, since college, and I was sure I had no skills that anyone else in any other business would want. I would have done anything to get another radio gig.

It was a whole different deal when my time was up at WJMK. By then I was sure I had a long list of skills that people in many other businesses would want. And the jobs that were available to me in radio … well, I didn’t want to be on the radio that much. I went into corporate communication training, and did quite well. It was a very different world (I actually worked at a bank and wore a pin-striped suit!) but I dug that, too. I’d probably still be coaching professionals in communication skills, if Karen and I hadn’t decided to move forward with Positive Changes.

So Positive Changes is my third career, and that experience with Transition is really useful when I work with clients who can’t see all the possibilities that are open to them. I love helping them discover what they can do!

One more thing – in many ways, hypnosis uses exactly the same skills as radio. It’s all about voice and language and communication. As John says, it was either become a hypnotist … or go to work for one of those 1-900 sex lines.

Rick: If someone in radio offered you another full-time talk show would you take it, or do you consider your radio career part of your past?

Catherine: Why – do you know someone who’s looking?

Seriously, if you’d asked me a year ago, I would have said I’d never go back to radio. When people wondered if I missed radio, I always told them I missed some really good times we had – in 1983. But the business changed, and I changed – and I was happily looking at radio in the rearview mirror.

Doing the WLS shows with John has been so much fun; I’m reminded of what I loved about radio in the first place. So today … yes, if it were the right show, at the right time, with the right partner, I’d do it again.
Posted by Rick Kaempfer at 12:03 AM