I recently caught up with a few Chicago radio people who have changed jobs or shifts since I originally interviewed them for Chicago Radio Spotlight. 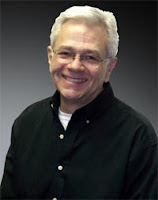 Greg was named the afternoon drive personality at WZZN a few months after I interviewed him. I asked him how the new job has been going...

Greg: So far, it’s been an absolute blast being at 94.7 fm. I can’t wait to get into the station each day…I am blessed to do what I love for living! I get to work in the greatest city on the planet, playing the greatest music ever recorded and I get to see Dick Biondi every night! It doesn't get much better than that!

Ever since Mike Fowler arrived at WZZN as General Manager, he’s gotten things firing on all 8 cylinders. He continually finds ways of encouraging his staff and creating a great working environment. He’s also brought in Brant Miller for mornings which has been a great addition to our staff.

Our Program Director, Michael La Crosse, has to be one of the hardest working people I’ve ever met…and that’s been pretty inspiring. He makes a point of coming out to some of our appearances and talking with the listeners that show up…he has a desire to take them from just “listeners” to making them “fans”.

I’ve got two features that take some work preparing every day but it’s been fun doing the research…you won’t believe this Rick, but I’m now smarter than I ever have been. One feature is the Greg Brown Beatle Break at 4:35pm and the other is the Greg Brown School of Musicology at 6:35pm every day. Maybe you could take some time away from all of your book signings and listen.

Jennifer was the News Director at WLS when I interviewed her last year, but was part of the recent cutbacks there. She landed on her feet quickly, and is now working at Fox News Radio.

Rick: Were you a little surprised that WLS made such severe cuts to their news department?

Jennifer: Yes, I was surprised that the WLS newsroom was cut in half. Before the decision was announced, there were indications that news was supported by the higher-ups. Bill, Jim, John, Ryan, David and I were making great progress in covering more news; we started a fantastic public affairs show and had just secured media space in the state capitol.

Jim, John, and Ryan have been in a difficult spot and are doing a great job.

Rick: Tell us about your new job and where we can hear you now.

Jennifer: I have been hired by Fox News Radio as their midwest correspondent. It is a great opportunity to cover big stories across the midwest while maintaining my ties to Chicago. I can be heard on WIND-AM in Chicago and hundreds of other stations across the country. My family in Pennsylvania jokes that, after 18 years in the business, they'll finally be able to hear me. 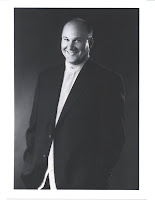 
Phil was the afternoon man at the Drive when I interviewed him last year. He's now doing nights and I asked him recently how things were going with the new shift...


Phil: The biggest change in doing the night shift for me is not seeing my buddy Bob Stroud every day. That, and having to hurry home for last call. But seriously, it's got to be not being at the station during normal business hours (and not seeing the bosses, either).

That along with the one day delay that sometimes happens with correspondences is probably the biggest change. It necessitates better planning on my part. On the plus side, there are a couple of new features that I get to share:

It's a nightly celebration of the long song...anything over 6:30 is eligible, and while Led Zeppelin, Yes and Pink Floyd are core artists, I get to stretch out with cool "OH WOW" songs from Iron Butterfly, Robin Trower, King Crimson and Jeff Beck to name a few.

Every Thursday, we spotlight a group or artist (sometimes 2 artists) throughout the day, and in the 11:00 pm hour, I get to wrap up the feature with an hour's long fireworks display-like grand finale.

Cara Carriveau is a personality on WTMX Radio, but she does so much more than that. When I interviewed her last year, she was just getting her Cara's Basement podcast started. I even appeared as a guest on that show last summer (photo). I recently caught up with her and asked her if she would mind updating her Chicago Radio Spotlight interview...


Cara: First, thanks for the original interview. It's always fun to chat with you.

At the time of that interview I had just begun to work part time at 101.9 WTMX in Chicago. You can hear me on The Mix quite bit - view my on-air schedule at www.myspace.com/caracarriveau.

I had just started my podcast Cara's Basement when we last spoke - wow, has it grown! I've interviewed Linkin Park, JY from Styx, Rik Emmett from Triumph, Stephen Pearcy from RATT, Mick Jones from Foreigner and many other fascinating entertainers (including an author named Rick Kaempfer). Some big names are on tap for future episodes and I'm also interviewing up & coming artists because I think it's fun to talk with people working towards their dreams and it's great exposure for them. Cara's Basement is now featured on 1Club.fm, a popular music portal online. I also do artist interviews for The Chicago Music Guide - I've interviewed Alanis Morissette, Against Me!, Ankla, Taylor Dayne and many others for them.

Besides my own podcast, I also co-host my husband Bill Busch's podcast Fitness From The Inside Out. My voiceover business Cara Communications is keeping me busy - besides voicing a ton of phone systems worldwide, commercials & narrations I now do radio station imaging including rocker WIHN in Bloomington, Illinois. I'm a member of the NBC5 Street Team, a select group of bloggers/podcasters in Chicago. I've definitely embraced new media - you can find me all over the internet - youtube, twitter, facebook, myspace, etc. and I've taught myself html so I'm doing all of my own websites. You can often find me emceeing charity concerts throughout Chicago - I have one coming up at the Double Door July 5. A few other broadcasting projects are in the works that I can't divulge details about yet, but I will say that I'm very excited!

The biggest accomplishment in the past few years, though, has been the remarkable experience of raising my kids. I've been able to chaperone school events for my daughter which I never could do when I worked fulltime. My son Sam is now 3 and is such a joy to be around. As busy as I am with my own projects, my husband and children are by far my top priority.
Posted by Rick Kaempfer at 8:44 AM