Rick's note: About six months after Bobby Skafish did a Chicago Radio Spotlight interview with me he got a call from his old boss Greg Solk, who asked him to do a weekend shift on the Drive. It didn't take long before Bobby was back in the saddle again, doing the afternoon show there. He can now be heard every afternoon between 3-8 pm.

I caught up with Bobby again recently and asked him how he liked the new gig...

Bobby: Working at The Drive has been a great source of joy for me. The people are friendly and keep it real-no evidence of ego trippin'. When I get direction on my presentation from Patty Martin or Greg Solk it's done clearly and unambiguously, with the only goal being a better sounding station. The result is that this ol' dog has learned new tricks, for which I'm grateful. They are also quick to compliment, too.

Drive music is so much fun to play. It feels age-appropriate and just plain right. The true test for me is that I instinctively turn The Drive on at home or in the car when I want to listen to music radio. It's a feel good.

Having worked in the Hancock for ten years during my Loop tenure, it's great to be back on a cool stretch of Michigan Avenue. My goal is to not inadvertently plow into pedestrian traffic when I pass the huge Victoria's Secret window display-I'm getting there! Finally, its so boss seeing Bob Stroud again on a daily basis, with the two of us on back to back. Ralph Lauren would be wise to install a webcam in the air studio to give Stroud's Polo wardrobe worldwide exposure on a daily basis. 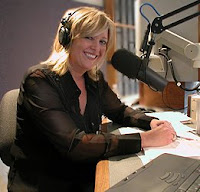 Rick's Note: I interviewed Wendy Snyder for Chicago Radio Spotlight last year just after she left the Steve Dahl show. At the time she was auditioning at WLS to join the Don & Roma show, but didn't want to talk about it, because she didn't want to jinx it. I caught up with her again recently and asked her how it's been going...

Wendy: Things are going great for me at WLS. I'm having a lot of fun with Don and Roma in the morning, and I'm finally starting to understand some of the traffic reports that I'm giving! I've been getting around at WLS. I sat in on Roe Conn's Show a couple of times, and every Friday, you can hear me talking about sex on The Jerry Agar Show (his show airs from 9-11 a.m every weekday). My goal is to be heard on WLS all day long!

Speaking of which, I want to tell you about my weekend show, too. There are three of us who do the show; Maura Myles (who is also on WLS with Jerry), my former partner-in-crime from the Kevin Matthews show, Dorothy Humphrey, and me. Wendy, Maura, and Dorothy....WMD....Women of Mass Discussion. It is a blast! We talk about anything and everything and nothing is taboo. Plus, we have a great time interacting with our callers. Be sure to check it out, Sundays from 12noon to 2pm on WLS 890AM. 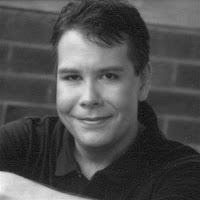 Rick's note: A few weeks after I interviewed Scott Childers for Chicago Radio Spotlight, he was moved to a different radio station by his station owners, Next Media. I recently caught up with Scott and asked how he was liking his new gig.

Scott: I am having a great time - in late January, I transitioned from The River to Star 96.7 where I am afternoon host. It's a blast being back at a Hot AC station, playing new music again! Most of my career has been spent at either AC or CHR formatted stations. Hey, I like Steve Miller and Fleetwood Mac, but it's nice to be someplace that is a bit more current-based.

I'm also doing some fun things in the afternoon - the Brainbuster Question has followed me over to Star -- we do that in the 3 o'clock hour and it's nice to be able to banter with Marti Jones (who does traffic). Marti and I have known each other for many years, but this is the first time we have worked together on the air every day. I also put together some fun bits here and there, and we play listener requests back with "Your Four at 4:30." I'll bet you can't guess when we do that! We just recently gave away a wedding package worth over 27 thousand dollars to a lucky couple. I was the one that called them and they were ecxtatic. Star 96.7 is on the verge of a transmitter and tower move which will greatly increase our signal coverage in the western portion of the suburbs. We have a great staff with a wonderful product that I am happy to be able to contibute to.

Off the air, I (along with WCCQ host) Todd Boss head up NextMedia's IT Department here in Crest Hill. We are responsible for the look and operation of the station websites (star96.7net, wjol.com, wccq.com, wrxq.com). In an average day, I may work on artwork for the site or for email blasts, load (audio and graphical) content up to the sites, troubleshoot problems and interface with the company sales and promotion staff. Days go by very quickly and the staff here (many of which I have worked with in the past at The River or other outlets) are just great. They have built a very smooth running, effective and professional environment here that I am glad to be a part of.

The WLS book project continues on. I am getting to the final stages of preparation and it should be off to the publisher by May. Hopefully we will see it on the shelves (and on Amazon) by mid-summer. I am still interested in any WLS material that anyone may have and would be willing to share. Contact me at thoughts@wlsfanmail.com.
Posted by Rick Kaempfer at 12:03 AM